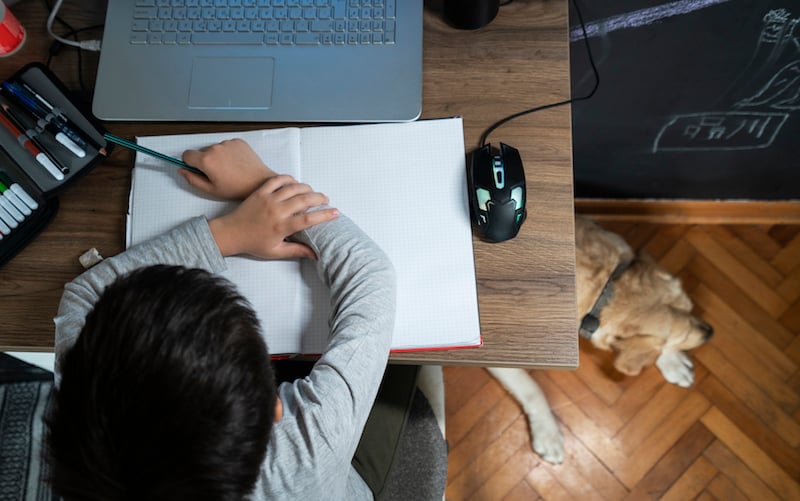 As the number of Covid-19 cases steadily increased by the day, it became clear by early April that online learning would be an inevitable reality for the foreseeable future. And despite the sudden change in routines, humorous memes and TikTok videos depicting stressed out mothers and teachers, feelings about online schooling is mixed, at worse, as we approach the 3rd month.

However, online schools in the country saw a spike in enrollments in the month of April. As ministries across the region announced that schools would remain closed for the remainder of the year, many parents began to evaluate the quality of education their children were receiving from their schools.

Parents realised that it didn’t make sense to gamble with a year of their children’s education when there were well-established and reputable online school available for a fraction of the cost.

With the plan for the 2020 academic school year still very much up in the air, the steady migration from traditional, brick and mortar schools to online schools sees no end in sight.

However, quality education is not the only factor driving families to online schools.

In a recent YouGov survey run from April 8 – April 15th, 64 per cent of UAE residents were concerned about job security. Expats are more concerned than locals by a 2:1 margin and the number of new enrollments into online schools are overwhelmingly expats. The portability and low cost of online schooling makes such online platforms a very attractive option for many families, especially during uncertain times.

Online education has been steadily on the rise in every sector for the past five years. According to Inside Higher Education, the proportion of students who took at least one online class, grows by nearly 35 per cent each year.

At the K-12 level, schools are finding that the flexibility and personalisation of online learning attracts families while reducing school operating costs.

In 2018, Dubai’s Knowledge and Human Development Authority introduced the Rahhal innovation and alternatives to mainstream education. There are currently 15 schools participating in the Rahhal initiative.

Historically, K-12 education has not been very warm to innovation.

For the most part, classrooms haven’t changed in 100 years. However, as workplaces and universities across the world realise the cost effectiveness and efficiency of online options, K-12 schools will need to embrace online learning and empower their students with the 21st century skills they will need.

Cody Claver is the general manager of iCademy Middle East, the only KHDA registered online school