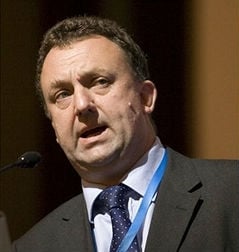 A new type of sukuk, introduced by a British unit of a Kuwaiti firm, could make inroads in the market by offering greater security to investors through a structure similar to conventional covered bonds.

Providing recourse to a pool of assets if the originator becomes insolvent, covered bonds found a new lease of life in Europe and the United States during the global financial crisis as investors sought liquid and safe investments.

The structure could now play a role in Islamic finance, if tax and pricing issues can be resolved to the satisfaction of investors. It was used for the first time by London-based Gatehouse Bank, a subsidiary of Kuwaiti firm Securities House, through a private placement in December.

A five-year, 6.9 million pound ($10.4 million) sukuk, backed by a property in Basingstoke which the bank acquired in July 2011, proved the structure’s viability and its ability to obtain necessary tax treatment under British rules.

In a conventional covered bond, investors are entitled to claims not only on the issuer but also on assets backing the structure, giving them two layers of security.

The Gatehouse sukuk works in a similar way; it incorporates a purchase undertaking by the bank that gives primary security to noteholders, while in case of default they have secondary security on the property, according to Farmida Bi, London-based partner at Norton Rose, who worked on the deal.

The Gatehouse sukuk is based on an ijara (lease) contract, which is commonly used in Islamic finance, but which in most cases doesn’t give investors recourse to underlying assets.

Plain vanilla ijara structures are asset-based because they do not involve a full transfer of underlying assets to the investor. By adding the second layer of security, the Gatehouse sukuk effectively became asset-backed, said Bi.

Some scholars have called for Islamic finance to move from asset-based structures towards asset-backed ones, which they see as closer to the risk-sharing principles of sharia law.

“The structure answers the question of whether sukuk are asset-based or asset-backed,” Bi said.

The conventional covered bond market is now a common means of financing in Europe; investor-placed benchmark issuance there reached 130 billion euros ($174 billion) in 2012, according to Standard and Poor’s. The enhanced security of covered bonds has attracted the interest of insurance companies.

Their proponents argue that covered bonds align the interests of issuers and investors, as the issuer remains committed to ensuring the quality of the underlying assets.

There are major obstacles to the widespread use of covered sukuk, especially outside benign tax environments such as Britain – which account for the fact that the structure was not used earlier.

In the Gulf, it is not clear that issuers would be willing to commit their assets to provide such a level of security, while Gulf investors may not be willing to accept the relatively low returns offered by covered sukuk.

But covered sukuk have one major, potential advantage for the Gulf; because of their security, it is possible – if they are issued in much larger volumes – that they could be used as tradable Islamic money market instruments, of which there is currently a shortage in the region.

“The sukuk is a liquid and tradable note, and can be used as a short-term, three-month deposit instrument,” Feroz said.

“We do see an investor appetite for sukuk backed by quality assets with stable long-term income streams. Sukuk demand is very healthy, and we see that trend accelerating even further.”