A question that is frequently posed to CEOs and business leaders is about their “vision” for the company/organisation.

Often, the response – while interesting and inspiring – is fairly generic. But for Ari Kesisoglu, the recently appointed president of Dubai-based real estate platform Property Finder, there is no ambiguity about his vision and plan for the company.

“We want to build a true technology company here in the region,” he says.

Given his background, that seems like a feasible vision. Prior to joining Property Finder, Kesisoglu served as the vice president for Middle East and Africa at Facebook, and preceding that, he worked for 10 years at Google where he held senior roles covering the EMEA region. But what exactly does a ‘pure technology’ company encompass? “What does a startup do? It solves a problem.

Similarly, in our case, the problem that we’re solving is that we want to give people the ability to get the best life that they can within the budgets that they have. Think about how much your home means to you, how much it defines your life; the neighbourhood that you live in adds a lot to your quality of life. So, if you can live in a better home, in a better environment – whatever that means for you, your life will improve for the better. And that’s hopefully the problem that we’re solving,” explains Kesisoglu, delving deep into a topic he is visibly passionate about.

“But that requires many things to happen. For example, we need to have all the properties that are available in the market to be listed on our platform. And we can achieve that through technology, because we work with our agency partners so that they can publish these details in an easy way. Or if you’re a consumer, you need to be able to browse fast and search [for the properties] on our platform. Now, here comes the detail of a true technology company, which is the focus on its products. I think, today, especially in 2021, it’s rather fair to say that most of the companies are technology-enabled; take technology out, your company will be a very different and less efficient place. But being a tech company means having a product-centric approach.

“The technology that you’re developing – that’s the main thing that you do. There are many other ways of operating – so you could be a very successful company based on your commercial success or your operational success. But what defines a tech company is that they’re very successful mostly thanks to their core technology. The other factors are still there, but we must have such a good product that both our users who are looking for properties, or agencies for whom we are publishing properties – they must have a great time on our platform,” he elaborates.

Since he started with Property Finder in January 2020, Kesisoglu has worked hard on bringing that vision to life. While the Covid-19 pandemic initially slowed the pace of the plan, he insists that Property Finder’s founder and CEO Michael Lahyani and the senior management remain aligned on trans-forming the company.

“Most of what we have done so far is actually focusing on the basics – so ensuring we have a sustainable financial equation and making sure our business delivers results to our customers. The second big change is on the leadership front. We focused a lot on bringing amazing leaders to the company, and today if you look at our C-suite, it is impressive,” he states. 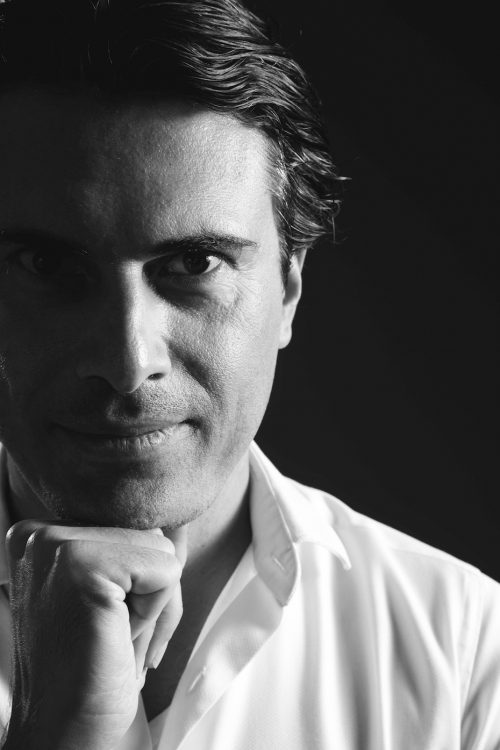 Some of the new executives include Jakson Peters, who took on the role of CFO in February 2020, Ozan Sayar, who was appointed the chief strategy and transformation officer in April last year and Semih Decan, who took over as chief commercial officer in August 2020.“Apart from fine-tuning our offering, Property Finder used to earlier follow a corporate-mentality and one of my first goals was to transition [the company] to a startup mentality. It may seem like a rather insignificant change, but start-ups encourage an open-door policy, it welcomes members from across all teams and levels to voice their opinions, making room for fresh ideas and strategies that in turn contribute to the growth of a company,” he says.

But Kesisoglu is also refreshingly honest when it comes to the challenges associated with bringing about change in a company that was launched 14 years ago and is well-established in the market.

“This is a lot of change for anyone at Property Finder. So if you have been doing business in a certain way for so many years and suddenly, there’s this new guy coming in along with others – while yes, you are excited about where the journey will take the company – but that doesn’t change the fact that it’s a lot of change on a day-to-day basis. And if we want to continue to be a technology company, the pace of change will stay constant,” he asserts.

CHANGING TIMES
The pandemic has been a major driving force for change across industries and real estate is no different, with proptech receiving a massive boost in adoption. Last year, with brief lock-downs and several restrictions, the property sector in Dubai and across the UAE slumped, prompting plat-forms such as Property Finder to find new alternatives to keep investors and users engaged. In April last year, the company launched a new feature called ‘live viewings’ to enable users to stream property viewings, query and leave real-time comments for agents broad-casting the properties. Along with live viewings, the platform also launched products such as 360 tours, virtual tours, floor plans and social media tours to help make house hunting a digital reality. With the situation now returning back to normal across the UAE, most people have started to revert back to old ways of property hunting – in person. But there are certain other trends which have changed for the longer term.

“We are now much more comfortable doing things with our phones and computers. And with the pandemic, what that meant for us specifically was that we had strong incoming traffic on our website. In the past, many people were more comfortable with hunting around for a property, looking at the street that they want to live in and the house, but suddenly, that dynamic almost completely disappeared. I think for property specifically, there was another factor, which was that as people spent more time at home, they started visualising more about their houses and started seeking bigger places,” elaborates Kesisoglu.

“From a product point of view, we tried a couple of things. Some of them are going to stick – so for example we saw that posting videos of properties makes a huge difference. We had other things we launched such as live viewings. During the lockdown, the service had massive demand and we were able to help our agency partners do that because they weren’t able to do any physical viewings. Many of them adopted that, but after the lockdown, this didn’t stick that much, but the videos, the availability of more information, a better visual experience – all those stayed on,” he explains. Looking ahead, while technology penetration will continue in the property industry, some elements such as augmented reality and virtual reality – while already being implemented in parts of the world – will take longer to become mainstream, he adds.

HOUSING BOOM
Moving from technology to brick-and-mortar, with the Covid-19 crisis easing and the resumption of normal life under-way – especially in places such as Dubai – the property market has started to see a strong rebound, with the data support-ing this trend. The emirate has seen sales transaction values exceed Dhs104bn during the first nine months of this year – representing the highest value since 2017, according to data from Property Finder. Particularly, o -plan sales rose considerably in 2021, with the value of transactions reaching the highest that the Dubai real estate market has seen in over eight years (since December 2013). O -plan median sales prices for apartments also increased by 15 per cent this year, while the rates for villa/townhouses grew by 10 per cent. There has also been an increased focus on the villa/townhouse segment as people look to move into bigger spaces. The total volume of properties sold within the segment – including both o – plan and secondary units – rose by 39 per cent in the year to September 2021, while the value of those properties grew by 64.5 per cent during the period. “The most expensive houses have seen – probably – the biggest shift in demand. It’s very difficult to say exactly why, but Dubai also started to see nationalities that weren’t big buyers before such as Western Europeans, investors from the US etc. – especially at the upper end of the market,” explains Kesisoglu.

Looking ahead, the growth trend within the Dubai property market looks set to continue as per data indications.

“It would be very surprising if the trend slows down in the next couple of months. We have some leading indicators such as the number of properties coming to market, the number of mort-gage applications and so on. We can see the data and it doesn’t look like the next couple of months will be too different unless there’s another big shock to the system. Beyond that it’s hard to say – the normal macroeconomic factors will take hold,” he says.

LIVING TOMORROW
But beyond the short-term, what will the future of real estate look like? Are we going to be living in sci-fi movie type houses which can move and shift? Will the way we live be drastically different?

Kesisoglu laughs: “I get asked this question a lot. Now if you have read the future forecasts from the Eighties and the Nineties, I don’t know why but a lot of times they spoke about people having jet-packs by the 2000s. Well, it’s 2021 and we don’t have jetpacks, but we do have phones which are – depending on the angle that you’re looking from – as magical as jetpacks.”

“In my view, that’s what civilization has proven, that 10 years is a short time frame to see massive changes in the way that the society operates. So my expectation isn’t that there will be massive changes in how buildings are built and the shapes of buildings, but that there will be huge improvements. So, how you find a house, how you design it, how you move in, what’s the experience of finding it, how much of the experience you can do from your phone – all those things will change and they will change very fast. But at the core of it, I would like to think I’ll still be sleep-ing in a bed in a room, and maybe with some fancier things like better oxygen, and hopefully, more environmentally friendly buildings. It’s going to be a different experience. But houses will be houses in 10-15 years time from now.”

And what is his advice to those entering the proptech space as it prepares to accommodate the needs of future developers, investors and end-users?

“The second advice is – do not underestimate the basics of doing things right. So, at the end of the day, while technology is a huge factor, but if you are not serving your customers or users, not supporting them when they have a problem, then it doesn’t work. And three – and this is the biggest challenge that comes with an ecosystem that has a path ahead of it – is talent. It’s so much about the leaders that you have, the amazing people that you have inside the company,” he advises, adding, “For Property Finder, without great people, none of the dreams that I shared with you is going to be possible.”

Going by that checklist, Kesisoglu certainly appears to have all the bricks in place to build his vision for the future.