A serial entrepreneur nurturing tall ambitions and a relentless drive to achieve them, Atif Rahman comes across as a strikingly humble, yet undoubtedly determined business leader. At the helm of his new real estate venture, ORO24 Developments, which recently completed a year of operations, Rahman believes that success is an inclusive phenomenon, achieved alongside people who share the same vision and determination.

“Success is not a siloed concept – we aim to become a people-centric brand delivering value to everyone who associates with us,” he explains.

Rahman personifies that narrative in every sense, from his personal life to his company’s operations. From his choice of location for the company’s centrally-located headquarters to help ease employee commute, to his decision of curating an office space that echoes his mantra of holistic well-being, the chairman is resolute in his commitment to develop a people-sensitive business. 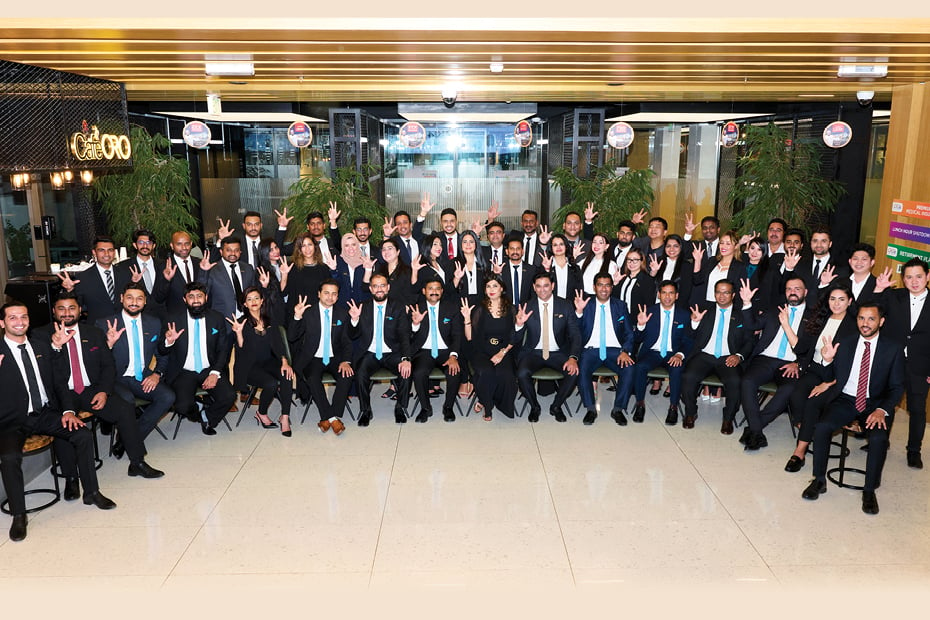 “I feel every organisation plays a vital role in their employees’ lives. It is where they spend a major part of their time, hence it is pivotal to create a space that gives them the requisite psychological comfort. It is also important to have inclusive people because they create internal and external partnerships for better business outcomes,” says Rahman, whose enthusiasm, drive and energy are not just palpable, but also inspiring and infectious.

From a small-town boy with towering aspirations to launching ORO24, Rahman has come a long way. The company’s inaugural project TORINO by ORO24, an exclusive gated residential community situated in Arjan has been very well received, with units being sold out within weeks. The land on which the project is being constructed was originally earmarked for only three individual buildings.

However, Rahman explains, “I am an advocate of community development; and could only imagine a community in that area. That’s how we redesigned the land and created a six-building gated complex, with several amenities.” The project is scheduled to be completed by 2024. 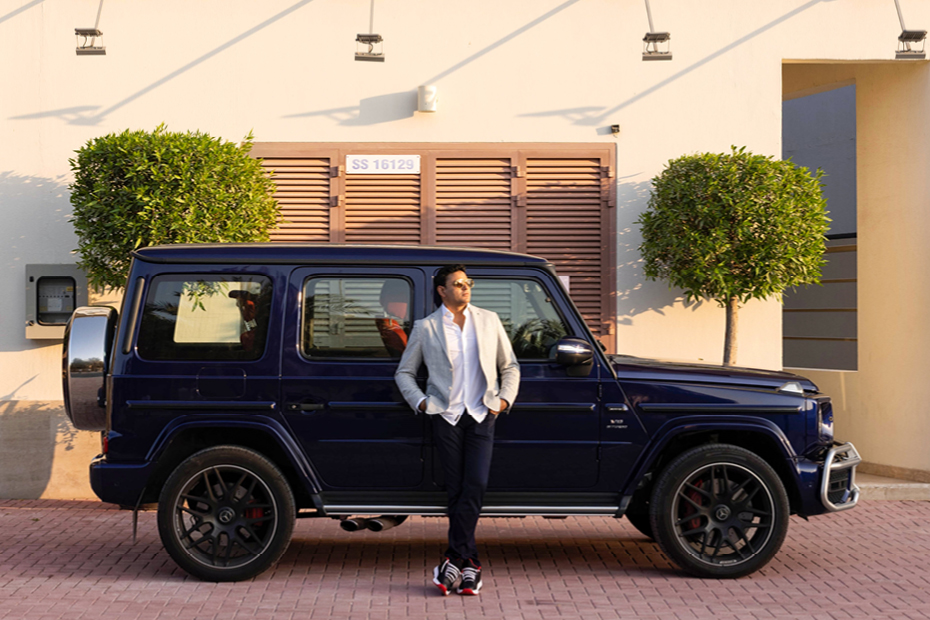 Despite his recently launched property venture, Rahman is not new to the real estate and construction landscape, having invested over two decades in multiple roles across the space. In spite of spending his formative years creating play homes with makeshift materials and clay bricks, his foray into the industry wasn’t a linear one. “Almost everyone in the family was involved in property development, but I chose to graduate in computer science, as a rebel to stay away from the industry.  I started my career in India in the field of IT, but fate had planned otherwise, and in just over a year, I was back in the construction sector,” he adds.

“I am a firm believer that one’s life is largely a reflection of their upbringing. I was fortunate enough to grow and understand the crux of construction under the guidance and wisdom of my grandfather. He and my father, who instilled values of simple living and high thinking, have helped shape me and my aspirations. I am excited to take on challenges, through the lessons they’ve imparted. I am also deeply inspired by the future-forward vision of the country’s dynamic leadership.”

SUPPORTIVE LANDSCAPE
Rahman arrived in Dubai 18 years ago at the behest of his family – a hesitant step at the time, but a move he now considers as “one of life’s best decisions”.

“Little did I know at the time that Dubai offered a reservoir of opportunities. Real estate and construction are my passion and the emirate offered an ideal ecosystem, as things happen at a rapid pace here. It is here that I have launched 27 mid-to-large real estate projects, spanning over 10,000 units. Yet, every day I realise that there is much more to learn,” he adds.

It is easy to understand why. Rahman’s past endeavours and future pursuits to deliver quality real estate solutions are against the backdrop of an evolving and supportive landscape. Owed to a number of factors, Dubai and the UAE have been a fertile spot for property development and investments. The emirate recorded a total of 22,504 property sales transactions worth Dhs59.154bn in the second quarter of 2022, reporting its highest quarterly volume of sales transactions for the last decade, according to Mo’asher, Dubai’s sales price and rental performance index launched by Dubai Land Department.

“In my opinion, the UAE is amongst the top three countries in the world, having achieved massive growth in last two decades. In most countries, the private sector is ahead of the government sector, while here in UAE it is the opposite, with the latter’s vision, planning and execution always scaling new heights. In such a fertile environment, every business has to transform and deliver innovation,” notes Rahman.

In an attempt to ensure that Dubai and the wider country’s real estate spectrum remains competitive and a step ahead of the rest, key legislations have been introduced. A new decree incentivising property investment funds in Dubai was issued this year to enhance the emirate’s status as a real estate investment destination. Visa reforms announced by the UAE government are also set to catalysegrowth and boost the competitiveness of the local economy. Rahman adds that such reforms and prudent initiatives have boosted consumer confidence, thus leading a transition towards property ownership. “Through its recent immigration laws, the UAE government has completely recalibrated the regional landscape. The expat population, which is a sizeable number, is now confident of considering the UAE as its home. The rise in property sales has been boosted by an influx of people keen to reside in the country, which is also a direct outcome of the crisis management demonstrated by the government during the Covid-19 pandemic.”

In January, the UAE also announced that it would introduce a federal corporate tax on business profits effective for the financial years starting on or after June 1, 2023. The standard statutory rate has been set at 9 per cent for taxable income exceeding Dhs375,000.

Rahman endorses the decision, given the country’s global standing. “Today, the UAE is a global economic powerhouse and it has to level the playing field for collective good. The proposal of corporate tax is another step towards that. The first immediate impact of the directive will be the transparency it would deliver across corporate financial statements. It will further enhance opportunities and only amplify the spend on infrastructure and public welfare,” he adds.

Despite Rahman’s pursuits, there have been several factors that have exerted a negative impact on businesses and industries worldwide – factors well beyond any company’s control, such as the Covid-19 pandemic and the more recent Ukraine crisis. A series of interest rate hikes to quell inflationary pressures could also tip the global economy into recession.

Rahman has a different take on it. “Every financial expert and businessperson understands that a recession is a natural economic phenomenon that occurs when its time in the economic cycle is due. Highly-leveraged businesses with poor planning and governance suffer during recessionary times, while others only experience a minor deviation in their projections. The slowdown caused due to the pandemic had already started correcting the economy, so in my opinion, the effect of the impending recession would be mild.

“As far as the local economy is concerned, we will experience extremely reduced impact in comparison to the rest of the world. Today, there is a belief system which is attracting global investment into the country. The UAE is a fully matured economy with better policies, trade liberalisation, immigration reforms and a crisis management ability, thus minimising the impact of any economic downturn.”

“From an operational perspective, the company has been planned across three divisions – a property development division, which will be forward integrated into the facilities management unit and further backed by the investments division. The property development arm has been designed across five verticals, which include affordable housing, premium luxury, co-habitation, business parks and hospitality,” explains Rahman. 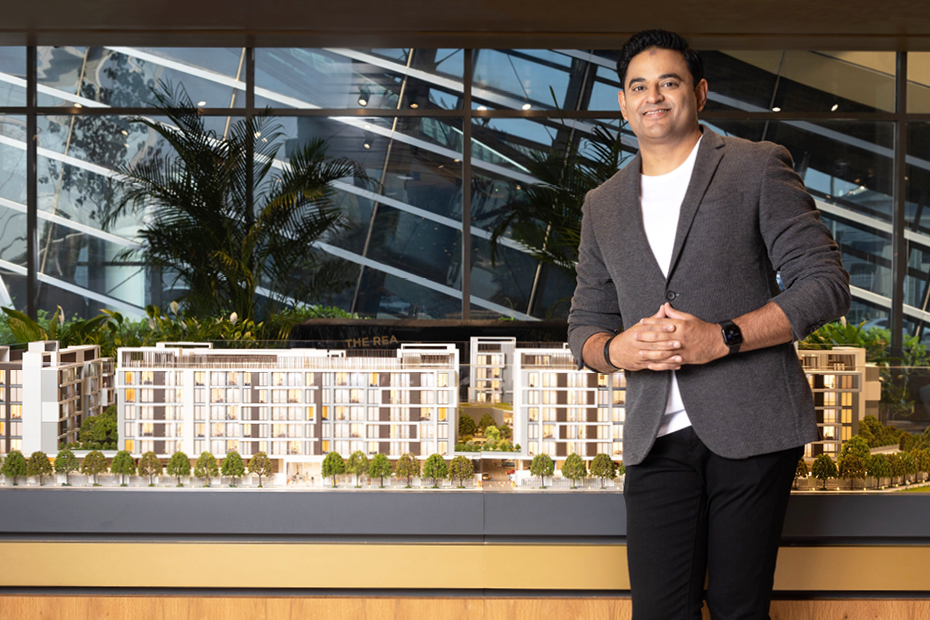 At the end of its first year, the company sits at a project portfolio of Dhs800m ($217m) and is set to launch its next project, which Rahman says will “redefine community living”.

“From space planning to amenities, the new project will offer unparalleled features,” he adds.

But for the chairman, property development needs to be underpinned by techno-commercial-legal core competencies to mitigate risks. “Often, a step taken forward is difficult to be undone. I strongly believe that we must chart our progress carefully. Our prime goal is to enhance our capability of delivering quality solutions with affordability as an important factor.”

The company also remains cognisant of evolving customer preferences, unprecedented digitalisation and the prospect of emerging technologies shaping the future.

“Technology and digitalisation form a critical part of our business infrastructure. We have incorporated artificial intelligence (AI) in all our business operations, which is an ever-improving process. We have acquired perpetual software licences, which help run the business efficiently and invested in some unique digital and hardware components for a better user interface,” Rahman adds.

Additionally, the management has prioritised corporate social responsibility (CSR), which Rahman feels must first reflect internally. “We have modelled our business from its inception to include governance, transparency and risk management at the forefront. The business is supported by firms offering fund and financial advisory, separately. There are also six governing bodies that operate the business, covering areas such as management, investment, risk, audit, digitalisation and business development, with two more in the works,” he adds.

FUTURE READY
With a roadmap in place, Rahman is ready to lead his venture across new verticals and geographies. But for the imminent future, he remains razor-focused on achieving micro yet key milestones. “We are working on creating a fully integrated property management platform enabled through smart services and aim to launch it by the first quarter of 2023,” he explains.

“Beyond that, we harbour long-term plans and intend to expand our horizon not just locally but globally and across verticals, with our belief firmly rooted in organic growth. Ultimately, our philosophy revolves around innovation, affordability and unique product development.”

Strong on inclusive success, it isn’t a surprise when Rahman’s tips to other entrepreneurs are rooted in people and value creation. “We build spaces for people to live in or to operate businesses from. Customers plough in their hard-earned money, hence it is essential to protect their interests and their investments. But, for any organisation to be good to external stakeholders, it first needs to be sensitive to its own employees – this for me is the benchmark of a great workplace.”