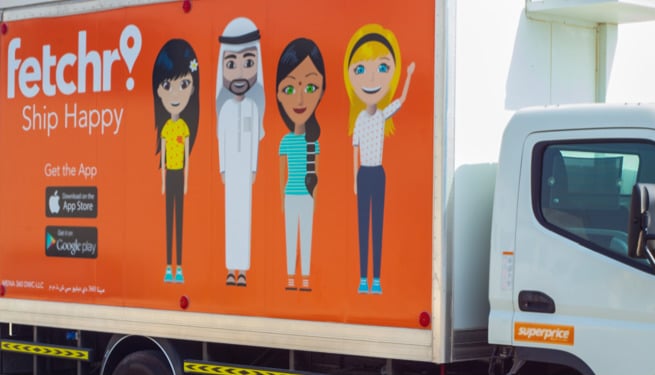 Courier app Fetchr, once one of the Middle East’s largest startups, raised as much as $10m in emergency funding to help avoid collapse.

The Dubai-based company, which offers delivery and logistics services to e-commerce firms, is also in the process of securing as much as $25m in additional funding to turn the company around, according to people with knowledge of the matter.

Existing Fetchr investors, who had put up more than $50m since the company was founded in 2012, will see the value of their shares diluted to almost zero, according to a letter to investors seen by Bloomberg and the people, who asked not to be identified because the matter is private.

A spokesman for Fetchr confirmed the company had raised up to $10m in financing from existing and new investors. He also said a majority of shareholders had approved a new financial and board structure.

Fetchr, once one of the rising stars of the Middle East’s nascent startup scene, was valued at almost $300m during its latest fund-raising round in 2017.

Silicon Valley investors such as New Enterprise Associates, Nokia Oyj’s venture capital arm and Winklevoss Capital are among its backers, as well as prominent regional investors such as malls operator Majid Al Futtaim.

The company last month warned investors that its “financial performance has been rapidly diminishing over the past twelve months” and it had considered a sale of the business or filing for bankruptcy, according to the letter.

As part of the plan, a search is underway to replace the CEO and one of the company’s two founders, Idriss Al Rifai, the people said. Fetchr’s other founder, Joy Ajlouny, left last year, the people said.

Fetchr marketed itself as a tech company that delivers packages from mostly online retailers in six countries and almost 500 cities across the Middle East, using the customers’ phone as a GPS location.