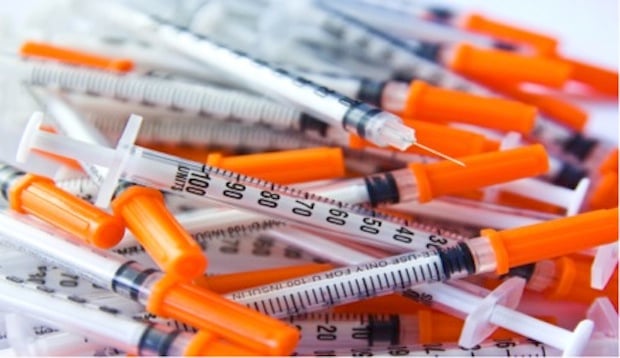 The increase in cases of type 2 diabetes weighs heavily on both the health of the world population and the finances of those who provide and insure health cover.

And the numbers look set to continue to move in the wrong direction, with the condition becoming the seventh leading cause of death by 2030, according to the World Health Organization (WHO). As for our region, according to the International Diabetes Federation there were over one million cases of the disease in the UAE last year.

We know type 2 is linked with over 100 health complications, disorders and diseases. We know that when not properly managed, some of the most serious developments from it can include hypoglycaemia, nerve damage and even amputation of limbs. What we also know – or at least should know by now – is that drug treatments for type 2 will not make any headway into reversing the condition on the global level.

Yes, you can treat it with drugs but pushing back this trend is going to take more than that. And unless changes are made soon, the financial strain on the medical infrastructure is going to become overwhelming.
So what will happen if we allow the situation to reach this breaking point?

Some of the most effective weapons against type 2 diabetes include healthy eating, regular exercise and maintaining a sensible body weight. But are we now at a crossroads where diabetics are ignoring advice and having the lifestyle that they want, safe in the knowledge that they have the drug treatments available to treat their condition?

If this is the case, the cost of those treatments is only going to worsen. And that means employers’ healthcare premiums aren’t going to get any easier to swallow either.

No pharmaceutical-based strategy is considered cheap when it comes to diabetes, so using those as a first resort is going to negatively impact the corporate wallet in a way that adjusting lifestyle and eating habits will not.

Let’s look at some numbers: In 2015, one million people were identified as having diabetes in the UAE at an annual cost per person of $2,155 – that’s roughly $2bn spent per year in diabetes treatments.

To put this in some context, in the UK the National Health Service spends on average $18bn per year, while the US spends $176bn in direct medical costs for treatment of diabetes.

When examined per capita, the numbers are roughly comparable but it does confirm what analysts are warning which is that there is a steady trend in almost all countries towards the number of diabetes patients increasing over the next decade.
But the situation is particularly acute in the UAE.

With a population that has a generally sedentary lifestyle and poor diet, the level of obesity in the UAE is twice that of the rest of the world. Currently our country has over 60 per cent of the adult population defined as overweight or obese, and while 20 per cent of the population is already diagnosed with diabetes, another 40 per cent are identified as high risk. The situation is fast becoming a national and financial crisis.

The importance of acting immediately

The projected growth of type 2 diabetes amongst the UAE population is certainly sobering. If attitudes and behaviours continue as they are, then the strain on health providers, insurers and employers will have spiralled out of control by 2030.

We have established that diet and lifestyle are major contributors to weight issues, and the weight issues are in turn connected to the onset of type 2 diabetes. So the direct link between the nation’s behaviours and health is hard to overlook.

The hours that UAE workers spend at their jobs often takes up a significant portion of their day, and this then combines with a processed food-heavy, high-sugar, high-grain diet that unfortunately is consumed by the vast majority of the population. It is, in short, a recipe for disaster, and combined with other lifestyle factors such as smoking and unhealthy beverage consumption, we have a lot of work to do if we are to properly address this epidemic.

Now it should be mentioned that outside of lifestyle, there is a general increased risk for those over 45 years of age, people from certain ethnic backgrounds who may have body fat placement that is more pre-disposed to developing the condition, or those with family backgrounds that may be playing a role.

But genetics aside, many factors that accelerate the onset of type 2 diabetes are well within our control to manage and mitigate. It’s clear that something can be done, but it will take a cohesive effort from society, government, insurance providers, employers and the healthcare field.

If attitudes could be changed, with employers promoting wellness initiatives and doctors also talking to patients about healthy living, these factors combined could all make a substantial difference.

Individuals, employers, insurers: We all have a role to play

It’s not inconceivable that the situation could begin to change for the better. Healthy eating is at the core of a lot of this issue in the UAE, and it is apparent that there needs to be a re-education of society when it comes to what is and what is not good nutrition.

Nationwide wellness and healthy eating programmes could be launched by the government, for example, with a view to improving knowledge and availability of better nutritional options.

Employers have a significant part to play, too. They could re-evaluate the food that is offered within their working environments and look to influence better eating habits for employees. They could also seek out ways to increase employee health with on-site gymnasiums or subsidised gym memberships, or any of a wide variety of wellness programmes or initiatives.

Prevention is better than cure, and a healthy workforce is more productive and less costly than an unhealthy one with massive pharmaceutical and chronic condition management requirements causing higher and higher premiums every year.

Knowing that employers are interested in providing healthier options and benefits would allow a provider to include better wellness options that centre around improving health and preventative measures rather than funding lengthy, expensive drug treatments.

Finally, doctors themselves should attempt to switch from reactionary medicine such as the endless prescriptions of pharmaceuticals and move to proactive avenues of diabetes management such as the promotion of exercise, healthy diets and other better lifestyle choices.

There will always be the need for courses of treatment that use drugs, but we should be looking to reverse the condition by positive lifestyle change rather than using drugs as a first – and often only – resort.