Cooking? No Thanks - Gulf Business 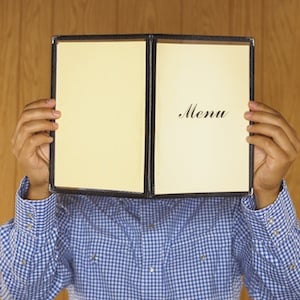 You might be lonely if you’re planning a dinner date at home as UAE residents eat out a whopping 11 times a week according to a survey by LivingSocial and YouGov. The vast majority of the 1,131 respondents cited Arabic as a favourite food choice with 55 per cent frequenting restaurants offering the local cuisine. Chinese and Italian were not far behind with 50 per cent of respondents regularly choosing them as their preferred dine out option. Ethiopian, Brazilian, Argentinian and German were the least popular food choices with fewer than two percent of respondents choosing these cuisines when dining out.

According to the results, UAE residents eat out with their friends more often than their spouses, with 64 per cent saying they frequently dine out with their friends and 58 per cent naming their spouse as their regular dining partner. Family follows not far behind spouses with 51 per cent of respondents citing family as a regular dining companion. Business colleagues proved the least popular choice with only 23 per cent selecting their colleagues for a meal date.

When it comes to preferred take-out options, UAE food lovers follow a different recipe. Pizza is the number one food choice with 54 per cent of respondents selecting the cheesy favourite; spicy carry-out came in a close second with 40 per cent grabbing Indian cuisine; while 38 per cent selected Arabic food as a habitual order.

If you want to please the ladies on Valentine’s Day you can’t go wrong with Arabic cuisine, followed by Italian and Chinese. What do the men want? BBQ and pizza is as romantic as they get.

ATM 2022: In-destination experiences to shape the future of global travel and tourism