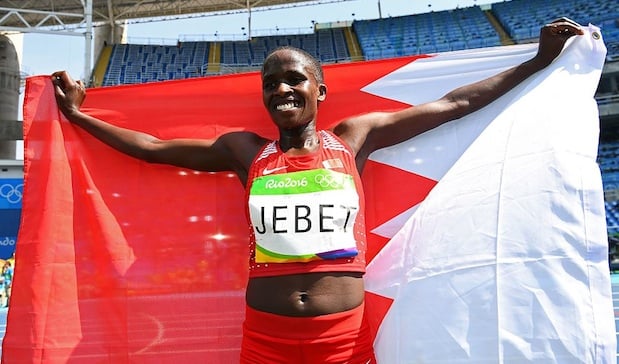 Every year, hordes of foreign runners flock to Kenya’s high-altitude training camps in the hope that some of the nation’s long distance-running magic will rub off on them, embracing the motto, ‘if you can’t beat them, join them’.

The tiny Gulf island of Bahrain has also sought to replicate the Kenyan success story, but espouses a somewhat different strategy: ‘If you can’t beat them, naturalise them’.

Oil-rich Bahrain has been luring poor but talented young runners with offers of school and financial rewards if they switch national allegiance from Kenya.

At Rio, the plan to recruit fleet-footed Kenyans is paying off.

“There was no support in Kenya,” 19-year-old Jebet, who couldn’t afford school fees and joined Bahrain three years ago, told Reuters.

“We talked with the (Bahrain) federation and they said ‘you can come, and we will pay for everything’.”

More than 30 Kenyan-born runners are competing for other nations at Rio, according to Kenya’s Standard newspaper, with most representing Bahrain and Turkey. Kenya’s own track and field team at Rio consists of 55 athletes.

Kenya’s great rival Ethiopia suffers from a similar problem. It was Ethiopian-born Maryam Yusuf Jamal who won Bahrain’s first ever Olympic medal, a bronze over 1,500m at the London Games. 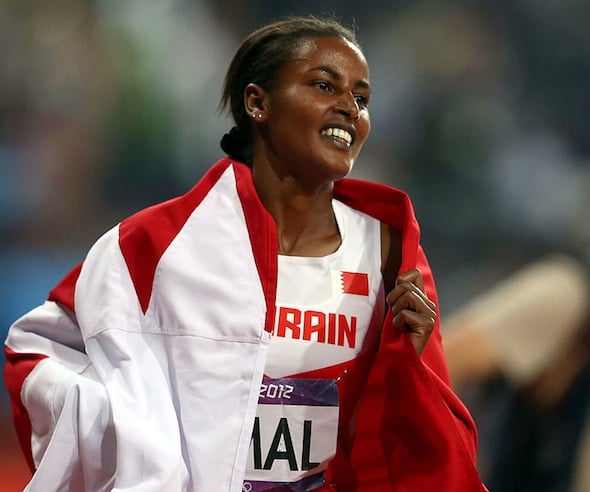 The issue of poor runners switching allegiance to wealthier countries has always been frowned upon and even controversial, but little has been done to stop the so-called ‘buying’ of athletes.

There are signs that those governing the sport are finally taking notice.

A spokesman for the athletics world governing body, the IAAF, said transfers of allegiance will be one of the topics for discussion when the body’s council meets on Saturday in Rio.

For the likes of Jebet, there was an extra incentive to defect from Kenya, which has a rich history of churning out middle and long-distance running talent.

“Maybe if I was in Kenya I would not be able to come to the Olympics because many athletes are there,” Jebet said. “In Kenya you must struggle hard, everybody is in good shape.”

It is the same reason why so many Jamaican sprinters compete for other nations. With Usain Bolt in the team, the rich vein of talent has to scrabble over a handful of spots in Jamaica’s Olympics team. Many choose an easier route.

“We negotiate with parents after identifying talented athletes, before taking them to Bahrain to seal the deal,” Kemei told Reuters.

Though he was cagey on the financial rewards offered to athletes, Kemei said: “We don’t pay money initially, but when they perform well, like now, they get a reward for their effort.”

In Kenya, such deals have at times proved controversial. Some Kenyan athletes have called it exploitation, while others rue the ‘brawn drain’ from the East African nation.

Paul Mutwii, senior vice chairman of Athletics Kenya (AK) federation, said the scale of defections has slowed and the practice has become more accepted in Kenya as it ultimately benefits the country.

“This is just exporting talent abroad,” he said.

“These athletes are just Bahraini by name but for all practical purposes are Kenyans. They live and train with us and win big bucks out there to come and invest in Kenya.”

For Jebet, however, the link to Bahrain is deeper.

Money earned in Bahrain is paying for younger siblings’ education in Kenya and has put a roof over her family’s home. After winning in Rio, Jebet was asked if she has had any regrets about switching allegiances. “No. I’m happy,” she said.