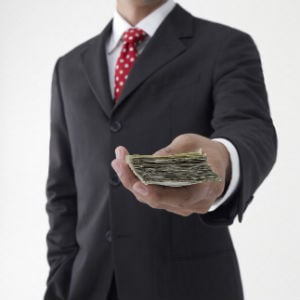 In a recent survey conducted by PricewaterHouse Coopers (PwC), 28 per cent of the respondents from the Middle East said that their organisations had experienced economic crime in the last 12 months.

The most common types of fraud included asset misappropriation, bribery and corruption, cybercrime and accounting fraud, PwC said in the report.

The survey also found that fraud in the Middle East is most commonly detected by accident.

“The level of corporate governance in the region is still at its early stages,” said Maali Qasem, the CEO and founder of Schema, which provides corporate governance solutions to companies in the Middle East. “But I would say it’s developing exponentially. So if I was to compare 2007 and 2008 growth to 2011 and 2012, it is 10 times more,” she said.

Qasem pointed out that increasing awareness could be attributed to three main factors: the rising number of institutional investors, globalisation and the regional socio-economic unrest.

Fatima Al Jaber, COO of Abu Dhabi- based Al Jaber Group, agrees that the Arab Spring affected the stability of businesses in the region and highlighted the need for better governance practices.

“The unrest puts pressure on the whole economy of the MENA region. It affected the whole area and also affected decision making,” she said.

Within the region, the UAE in particular has been aggressively pushing public and private sector companies to comply with governance guidelines.

The much-awaited UAE Companies Law, when introduced this year, is also expected to address some of the key issues relating to governance, he said.

In the meantime, the country already has laws in place that impact the area of corporate governance.

“These laws impose certain general standards on directors such as exercising reasonable care when performing their functions and then there are other laws that are more specific as to how directors must act,” he said. “Penalties and punishment for not meeting the required standards of governance under the law vary depending on the breach, but for benefitting personally from a company’s secrets, a director may be imprisoned for up to two years and fined up to Dhs100,000.”

Publicly listed companies have to follow specific rules and regulations imposed by the Securities and Commodities Authority, and violations are dealt with on a discretionary basis, Constance added.

“We have unlimited liability in the financial market tribunal,” said Paul Koster, CEO of the Dubai Financial Services Authority (DFSA), the DIFC’s financial regulator. “So it depends on the case and you can’t say it [the punishment here] can go up very high,” he said.

The standards in neighbouring Abu Dhabi are even more stringent, according to Tania Fabiani, Partner-Business resilience, at PwC UAE.

“The Abu Dhabi Accountability Authority (ADAA) makes sure that that public sector companies implement measures for prevention, detection and response to fraud and corruption,” she said. The emirate has instructed companies to spend heavily on fraud risk assessment programmes and policy implementation.

“The ADAA also goes back and audits those companies to make sure that they are complying with the measures,” claimed Fabiani, who earlier worked with the authority.

But while laws and rules exist, are they proving to be efficient?

Implementing corporate governance standards in family businesses is not easy, admitted Al Jaber. “I think the first step is building awareness of how it [corporate governance] works within the cycle of decision making. Then you can take it into the implementation step, where you can implement it in gradual phases,” she stated.

But its not just private companies that struggle to comply with standards, she added.

“In public companies, it’s a must and a part of regulations. So they have to adopt it. But I have been in some public companies where there was a bit of resistance on how they are going to implement it because it regulates the decision-making. It’s not easy for a chairman to let go of making decisions,” said al Jaber.

It is also very difficult to say if the existing punishments are enough to deter future violations, according to Constance.

“There is a relative paucity of data on whether existing penalties are in fact deterring directors from contravening the law or, put another way, are actually enhancing their compliance with it. In the absence of more convictions and cases being brought to the courts (and therefore being made public), the jury is still out,” he said.

While there have been some instances, such as the Damas case, where the founders were publicly punished by authorities for the misuse of corporate assets, few other cases have been reported.

“But it cannot be assumed that the relative lack of prosecutions and court actions means that most UAE companies are run by their directors in accordance with their legal obligations,” added Constance. “The anecdotal evidence would perhaps suggest otherwise and, therefore, there is a need to continue to bring greater awareness of the importance of good corporate governance to the fore.”

Laws are essential to force people to comply with standards, said Schema’s Qasem. “But at the same time laws are rigid they don’t create a culture and a practice; they only create a tick-boxing exercise,” she said.

“My personal opinion is that you need to build a culture that acknowledges the need for corporate governance, that appreciates its importance and values its principles. Only then will you have proper governance,” she added.

According to Al Jaber, the process of implementing governance is an ongoing one. “It’s an awareness and a culture that will come with time,” she said.