Construction of the roads and bridges leading to the upcoming Al Khail Avenue Mall at Jumeirah Village Triangle (JVT) is now 90 per cent complete, the Dubai Roads and Transport Authority (RTA) announced.

Mattar Mohammed Al Tayer, director-general and chairman of the RTA confirmed that construction would be completed by the end of the first half of 2021, and that the bridges would be opened with the mall.

The project, undertaken by the RTA in collaboration with developer Nakheel, covers the construction of roads extending 2,153 metres and three bridges stretching 1,250 metres. 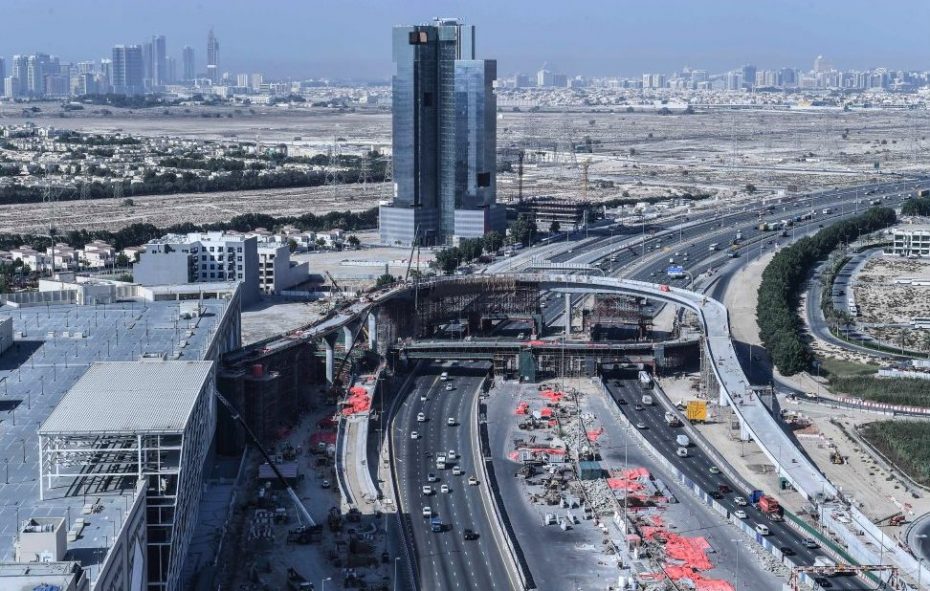 The first bridge extends 389 metres, the second spans 670 metres and the third one stretches 191 metres.

The three bridges provide direct entry and exit points to the parking of Al Khail Avenue mall from and to Al Khail Road in both directions. The exit points can also lead to Zabeel and Sheikh Mohammed bin Zayed Road (in the directions of Abu Dhabi, Sharjah and other emirates), a statement said.

#RTA announced that the construction completion rate had reached 90% for the roads and bridges leading to Al Khail Avenue Mall. pic.twitter.com/qr5nlWZhoW

“The contractor has completed work related to foundations, pillars and soil walls of the three bridges. Work is currently underway for the decorations of the bridges. RTA had already opened entry/exit points from Al Khail Road to JVC and JVT,” said Al Tayer.

“The bridges will also improve the safety level of Al Khail Road besides improving the entry/exit points of JVT and Jumeirah Village Circle (JVC) along Al Khail Road,” he added.

Al Khail Avenue, spread across an area of about 2 million sq ft, features 350 stores, food courts, entertainment facilities and a Reel Cinema complex with 14 theatres. It also has parking for 4,000 cars.

Nakheel, the mall’s developer, had announced in 2019 that was investing Dhs114m to construct the roads and bridges in collaboration with the RTA to ensure direct access to the mall.

The exact opening date for the mall has not yet been confirmed.