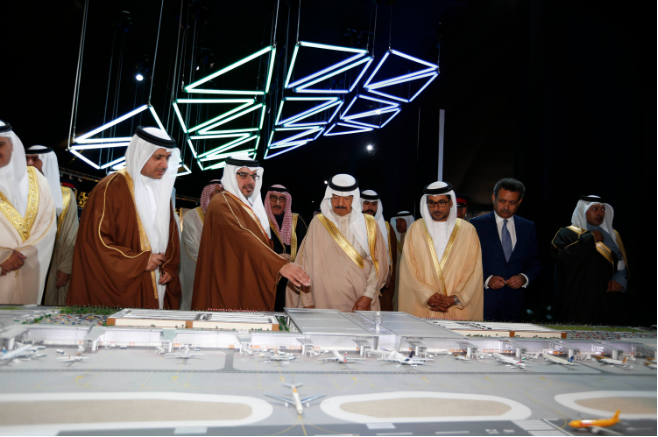 Work has begun on a major expansion of Bahrain International Airport part-funded by the UAE.

The project will see the construction of a new passenger terminal, additional landing slots, a service building and a hangar.

It is being financed through a Dhs 9.19bn grant provided by the emirates to Bahrain as part of a 2013 Gulf Cooperation Council development programme.

Of this grant, Dhs 3.373bn is going towards the $1.1bn airport expansion, covering 80 per cent of its costs.

The expansion will increase the airport’s capacity to 14 million passengers per year and ensure it can “handle the next generation of modern fleets”.

It will also upgrade services and facilities and enhance Bahrain’s competitiveness as an aviation hub, according to Abu Dhabi Fund For Development.

“Being Bahrain’s gateway to the world, the expansion of Bahrain International Airport will give a strong boost to the economy of Bahrain by enhancing its competitiveness and building world-class aviation infrastructure,” said Bahrain’s minister of transportation and telecommunications Kamal bin Ahmed Mohammed.

He added that the project would create hundreds of new jobs for Bahraini citizens.