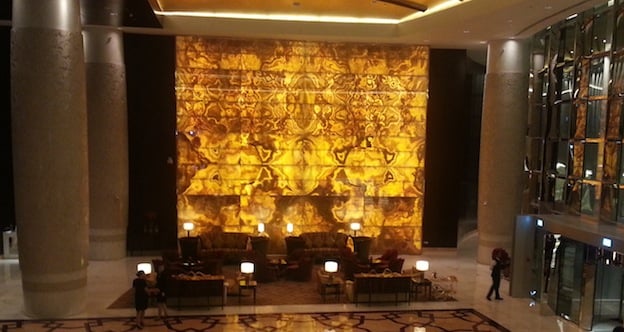 Companies based in the tower that houses The Conrad Dubai, which officially opened yesterday, are to be offered a range of hotel benefits.

There are 105 offices between levels 8 and 23 (the hotel occupies the first seven floors and floors 24 to 46).

General manager Mario Ferraro said tenants can access special corporate room rates and a “basic” 10 per cent off in bars and restaurants, rising to 20 per cent in some cases. Spa and gym discounts will also be available.

“We will have two tiers of membership – the basic tier is free and then there will be two higher ones, where you pay a monthly or yearly fee, and that will provide access to more services such as access to the executive lounge or pool.”

Paid-for memberships will range between Dhs5,000 and Dhs20,000. Ferraro said it would also target the wider Dubai corporate market.

“We have a number of social events in November and December and big multinationals have confirmed events,” said Ferraro. “We have a special service elevator that can bring cars into both our ballrooms.”

All services are now available in the hotel with the exception of the Izel Latin American supper club and the spa, both of which aim to open in October. A section of the large lobby is pictured.

While the Marco Pierre White Grill is the signature restaurant, the hotel has high hopes for Izel, which is an all-encompassing bar-come-restaurant-come-club that spans the entire seventh floor.

Hilton staff provided a simulated opening that tested services for 45 days prior to the hotel’s official opening. Ferraro said forward bookings were positive. “We are looking at about 50 per cent occupancy for October but I expect we will be running at 80 to 90 per cent in November – the market’s booming.”