How to complete a successful IT merger in 2017 - Gulf Business 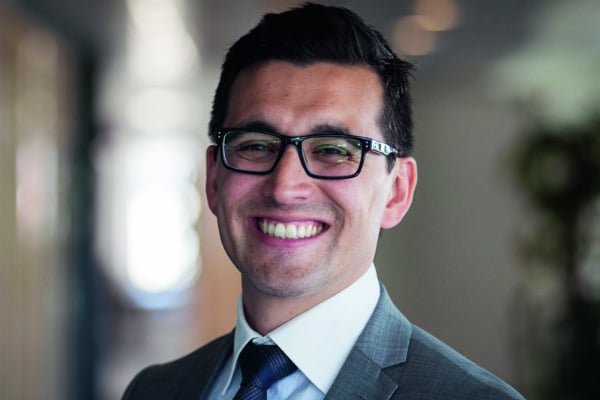 This may be one of the most volatile economic climates in decades, but many companies have found at least one silver lining despite this uncertainty.

Mergers and acquisition (M&A) activity is on the rise – so much so that M&As in Europe hit $215.3bn during the first quarter of 2017, according to Thompson Reuters. This marks a jump of 16 per cent compared with the same period last year and is largely down to US organisations taking advantage of favourable exchange rates and a swing back to political optimism in the EU.

We’re also seeing a rise in the acquisition of technology companies – particularly those that have developed best-of-breed services, products or algorithms – by established players hoping to stay one step ahead of competitors.

It’s also worth noting that four in five companies have said they are likely to divest parts of their organisation this year. With all of this in mind, it’s clear 2017 will be an unprecedented time for M&A.

A blank slate for smarter working

Opportunism is crucial to success in an uncertain market, but making the choice to acquire another company is the easy part. The bigger challenge is to quickly start getting value out of a newly acquired business while dealing with the complexities of a very large integration project.

The integration of two distinct organisations is a nuanced process that all too often goes over-budget. It requires extensive planning, an IT team that has prepared for change and systems that are flexible enough to support new ways of working. Despite understanding this, however, over 20 per cent of businesses still under-budget for post-merger integration.

IT teams inevitably face huge pressure to get systems up and running and might be tempted to forego integration, instead running both companies’ systems in parallel. This is a shortsighted approach that is guaranteed to create inefficiencies. It’s also the same thinking that saw so many large companies build unnecessarily complex IT systems over the years.

Businesses should view mergers as a chance to revisit their IT approach and uncover new ways of working smarter. As Accenture’s McKree Lake puts it: “This opportunity is a box that’s only temporarily opened”.

Full-scale consolidation is not the answer, of course, but some level of integration is always necessary to harmonise both companies’ processes and work more efficiently in the long term.

The acquiring business may only want to standardise its new acquisition’s core processes to keep back-office management simple, or there may be enough crossover between both businesses’ customer-facing systems to consolidate those to some degree as well.

Certain strategies will be project specific, but the ultimate goal is always the same: both organisations should maintain enough autonomy to serve customers while collaborating on ways to make their processes as simple and cost-efficient as possible.

Cloud-based applications have made this much easier. Unlike inflexible legacy systems, cloud platforms are highly configurable and can be adapted to changing business needs almost overnight. Because they’re not limited by physical space, they can also accommodate growth much more quickly.

To add to this, the cloud requires minimal set up, which means that IT teams can start running applications on the cloud almost instantly and focus their energy on value-adding activities that contribute to growth.

Many M&A projects also struggle because of the way both companies use and share their data. Businesses now collect enormous volumes of customer and market data that is crucial to shaping their strategies. IDC has predicted that we will see a 10-fold rise in data by 2025, much of which will be controlled by enterprises.

How can companies manage all their combined data and whittle it down to what’s valuable without losing important information in the process? While it might again seem easier for them to each keep collecting and using their data separately, both organisations should strive for a strategic combination of this highly valuable asset in the interest of actually benefiting from each other.

Oracle recently hosted its Modern Business Experience in Paris, where many of the attendees explored why disruptive companies work with a data scientist on virtually every project. These organisations constantly look for new ways of using their data to attract customers, who in turn continue to buy from them and in the process share even more data that can be used to build new revenue streams.

This is in part why technology companies are such attractive targets for acquisition, but legacy businesses should also heed the broader lesson here: when merging with a business, you will see one of your most precious assets go to waste if you don’t adopt a data driven culture that allows you to combine forces.

All too often, M&A projects come up short due to complex integrations. Costs can easily get out of control in the process of adapting IT systems and business operations while also trying to align two separate work cultures. Companies that want to jump on the M&A frenzy of 2017 must ensure that both their approach to IT and their business approach will help them realise their vision.