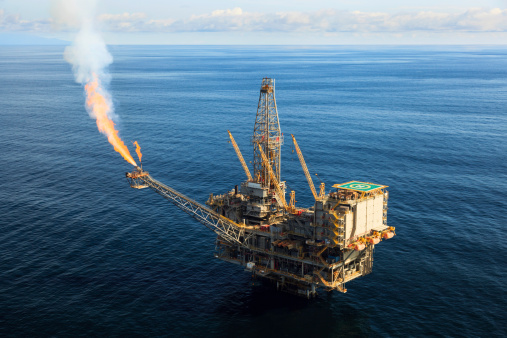 Too many otherwise-serious discussions about oil prices and production costs are marred by the failure to take inflation into account.

Statements like “the era of $20 oil is over” or “oil prices will hit $140 per barrel by 2025” are typical examples of the prevalence of money illusion in the oil market.

Forecasts about nominal prices far in the future, and statements about prices which make comparisons with prices in the 1990s, are meaningless.

No one would compare the current price of bread, or expected bread prices in 2025, with the cost of a loaf in 1995. Yet this type of statement about oil prices is surprisingly common.

The general debasement of currencies has an enormous impact when comparing oil prices a decade or more apart.

Oil prices (and prices for derivatives such as gasoline and diesel) are the most familiar of all prices for both investors and consumers. A history of oil and fuel prices is seared into the collective memory of both producing and consuming countries like no other commodity or product.

Unfortunately, familiarity with the past leads analysts and commentators to make mistakes when thinking about the far future. Too many debates are set up in terms of straw men, which are satisfyingly easy to knock down but obscure deeper analysis.

It is easy to state the era of $20 (or $30 or $40) crude is over because costs have escalated as the industry has been forced to produce more challenging forms of oil (shale) and in tougher environments (deepwater) but that does not actually say very much about the real cost of energy.

In 1995, it was possible to state with similar assurance that oil prices would never sustainably be below $10 per barrel, which was the official posted price two decades earlier, at the height of the 1974 price spike.

But if oil prices cannot sustainably decline to $40 per barrel in the next few years, that does not mean they could not fall to $60, $80 or $90 – all of which would be fairly high in historical terms after adjusting for inflation.

A nominal price of $90 this year would be equivalent to $53 in 1995, assuming 3 per cent inflation in the interim.

Price comparisons (explicit or implicit) with either the past or the future should always be done in terms of real values.

Once money illusion is cleared out of the way, it is possible to have a more sensible discussion about where oil prices are now and where they are likely to head in future.

In real terms, average oil prices over the last two years have been very high and appear substantially above the costs of substitutes (gas to liquids, coal to liquids, gas as a transport fuel) as well as the marginal cost of bringing on extra barrels of crude from new sources (shale plays, Canada’s oil sands, deepwater and the Arctic).

For that reason, there are strong reasons to believe real prices must eventually fall, though the timing of the adjustment is subject to tremendous uncertainty.

The foundation for any strategic analysis of the oil market must be the long-term marginal cost of production (outside OPEC).

Between 1998 and 2008, there is no doubt marginal costs rose tremendously as the industry was pushed into more expensive operating environments and the costs of specialised equipment, raw materials and labour soared.

But since 2008, marginal costs have topped out and probably fallen. The sudden availability of oil from shale has displaced more expensive sources of crude on the industry cost curve.

As a result of constant innovation and learning by doing, producers are becoming progressively more efficient at wringing crude from tight rock formations, as well as from deep under the ocean.

Several analysts have put the industry’s marginal costs as high as $110. But these figures do not seem consistent with published estimates of the cost of shale oil, Canada’s oil sands, or deepwater projects.

It seems more likely the industry’s marginal costs lie somewhere in a broad range between $50 and $90 per barrel (probably closer to the centre of that range than the fringes).

If that estimate is correct, prices must fall in real terms in the years ahead, as supplies from outside OPEC increase.

The challenge for large and mid-sized exploration and production companies is to develop a portfolio of project options which would remain profitable – even in a world where real oil prices are significantly lower.