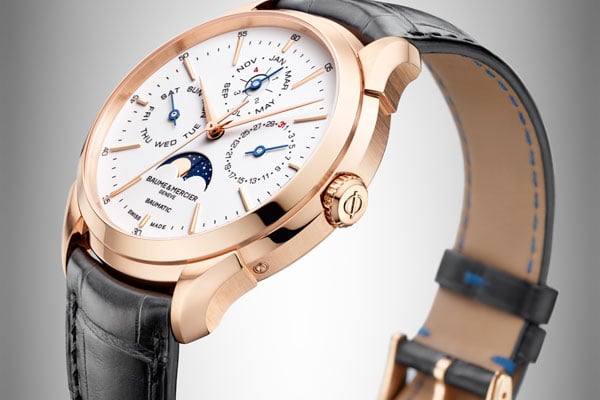 It introduced its first proprietary automatic movement, the Baumatic calibre, which was four years in the making.

It also had an escapement made from silicon – another first for Richemont. Additionally, an improved single barrel was designed to beef up the power reserve.

Better lubricants and enhanced anti-magnetic measures were also deployed in this pathbreaking calibre – done with the express intent of improving overall accuracy.

The new Baumatic calibre is a way of the brand demonstrating definitively that it is still as relevant today as it was nearly 120 years ago, and importantly, it is still a force to reckon with in the field of chronometry.

While the Baumatic calibre allowed Baume to flex its horological muscle, the real showstopper came earlier this year when the brand dropped an all-new Clifton Baumatic Perpetual Calendar. 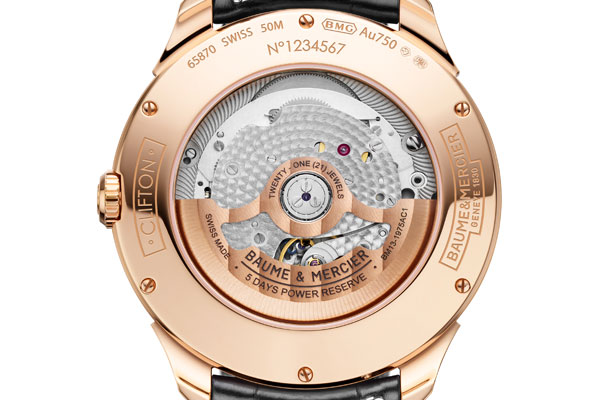 The Perpetual Calendar sits at the top of the Clifton Baumatic collection which also includes COSC and non-COSC certified date and time models that have cases ranging from stainless steel to gold.

The Perpetual Calendar is fitted with a Baumatic BM13-1975AC-1 movement housed inside a 42mm 18K red gold case.

The neatly arranged dial with a porcelain finish indicates the day of the week at 9 o’clock, the month of the year at 12 with an additional leap year indicator, the day of the month at 3 and a smart moon phase at 6.

Flip it over and there’s a level of craftsmanship and detail to the finishing that tips its hat to the pedigree of a nearly 190-year-old brand. The openworked gold plated rotor is finished with a Côte de Genève decoration. It’s worth noting here that Baume & Mercier were first granted the Geneva Seal exactly 100 years ago in 1919.

The BM13 calibre is anti-magnetic upto 1,500 gauss (that’s 25 times more than the average timepiece can withstand), has a five-day power reserve, a chronometric precision between -4/+6 seconds per day and is incredibly low maintenance – it doesn’t require maintenance for at least
five years.

The Dubois-Dépraz 55102 calendar module attached to the BM13 calibre on this timepiece doesn’t have to be adjusted until 2100 – rest assured it won’t be you taking it in to be serviced. The movement uses 21 jewels and operates at 28,800vph.

The criticism that Baume & Mercier might, unfairly, attract with this watch is its price point of $24,500 which is way beyond the average price of $2,000-$5,000 of most of its watches. Then again, before you decide to throw your weight behind that argument, here’s a challenge for you: try finding a solid gold perpetual calendar at a similar price point – let’s save you the trouble by letting you know that you simply won’t.

At nearly 190 years old, Baume & Mercier is still swinging for the fence.