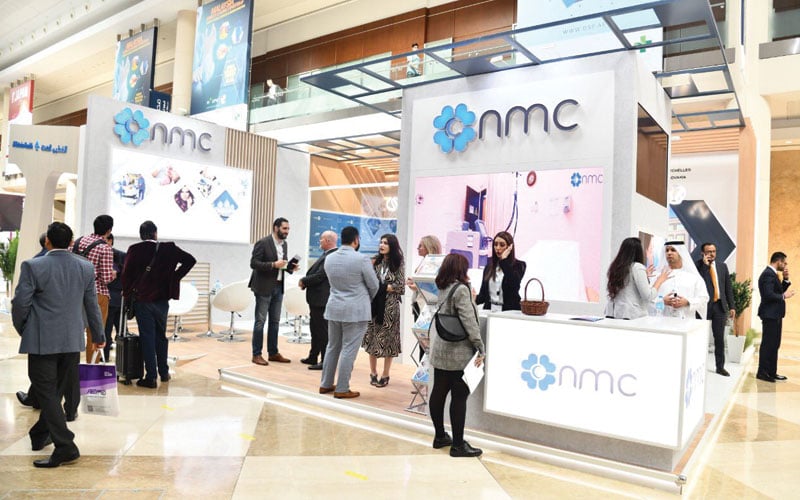 Richard Chandler’s Clermont Group is snapping up shares of hospital operator NMC Health, betting that the second time the secretive billionaire has publicly taken the opposite side of a trade from short seller Muddy Waters Capital will work out better than the first.

Clermont Group disclosed a 1.06 per cent interest in NMC Health in a February 19 filing, two months after a scathing report from Muddy Waters that has slashed the stock’s value by about two thirds.

Clermont Group, which has investments in health care, finance and aviation, has been buying more, and now owns the equivalent of 6.64 million NMC Health shares, or 3.18 per cent of the company, according to the latest filing.

Chandler’s previous bet against Muddy Waters founder Carson Block didn’t pay off. Chandler bought shares in Sino-Forest Corp. in 2011 after the short seller issued a report alleging that the Chinese timber company was overstating the value of its assets. The billionaire eventually went on to become the biggest shareholder in Sino-Forest before it filed for bankruptcy in 2012.

But Clermont Group doesn’t see itself at odds with Muddy Waters. “Muddy Waters has played a valuable role in highlighting several corporate governance concerns at NMC,” a spokesperson for Clermont Group said in an email on Wednesday. “We hope that, if these concerns are addressed thoroughly by the board, NMC will be a stronger company in the future.”

Four board members, including Bavaguthu Raghuram Shetty and Khalifa Bin Butti, have resigned since Muddy Waters alleged the company manipulated its balance sheet and inflated the prices of assets it purchased. The board of NMC removed chief executive officer Prasanth Manghat with immediate effect, it said in a statement on Wednesday, while chief financial officer Prashanth Shenoy was granted extended sick leave.

NMC has said Muddy Waters’ allegations are false, and that a committee of independent directors plans to publish findings of a review it commissioned. The company also has received preliminary expressions of interest about a takeover.

The independent review isn’t expected to conclude for several weeks and NMC doesn’t expect to be in a position to publish its 2019 earnings results before the end of April, the company said in a statement on Wednesday.

NMC lost almost half its value in the first week of February on speculation the company’s main investors faced a margin call, in which banks seize shares pledged as collateral. Shetty has said he may have misrepresented his stake and he and his advisers are in the process of carrying out a legal review in order to verify the total interests.

Regarding Chandler’s investment, Block said that while NMC Health may not be worthless, as Sino-Forest was in the end, Chandler can’t know if it’s worth putting money into. “It is simply not possible at this point for an investor to know how deep the rot goes at NMC,” the short seller said by email.

Clermont Group said it has a “formidable track record” of investing in and building businesses in emerging markets over 30 years, and has long advocated for good corporate governance. Block has a vested interest in talking down companies he’s bet against, Clermont Group said.

NMC Health should slow its growth until it can reduce its debt load, Clermont Group said.

Chandler, a New Zealander whose business is based in Singapore, has investments including Hoan My Medical Corp., the biggest private hospital group in Vietnam, and electric-plane startup Eviation Aircraft Ltd., according to Clermont Group’s website.

Shares in NMC rose 6.6 per cent in London on Wednesday. They’re the worst performers in the UK’s benchmark FTSE 100 Index this year, putting them at risk of being removed from the gauge at the next rebalance.