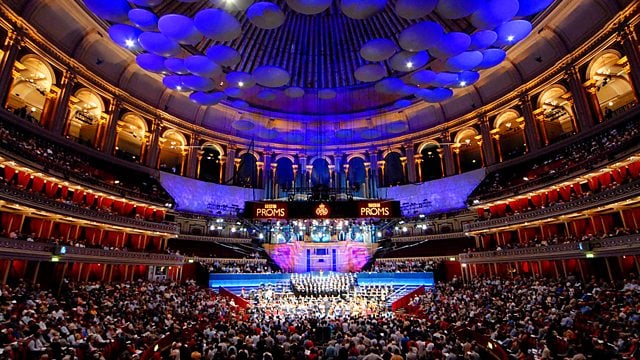 Classical music festival the BBC Proms is coming to Dubai next year at the recently opened Dubai Opera near the Burj Khalifa.

The BBC Proms Dubai will be held from March 21 to 24 marking only the second time the festival has gone abroad after the BBC Proms Australia in April.

The festival will mark the first visit of the BBC Symphony Orchestra and BBC Singers to the UAE with a programme of core classical, British and new music.

There will also be a local twist with music from composer Mohammed Fairouz and world premieres of works by Dubai-based British composer Joanna Marsh and Australian-Egyptian composer Joseph Tawadros.

Proms favourites conductor Edward Gardner and pianist Benjamin Grosvenor will join the orchestra on stage and James Burton will lead the BBC Singers in two a cappella programmes of British choral music.

The Joseph Tawadros Quartet will also lead their own Chamber Prom

The six concerts will culminate in the popular Last Night of the Proms where Gardner will lead the orchestra and singers for favourites including Henry Wood’s Fantasia on British Sea-Songs, Thomas Arne’s Rule, Britannia! and Edward Elgar’s Pomp and Circumstance March No. 1.

For a Dubai event the tickets will be surprisingly cheap with nearly 600 standing tickets made available each day for each concert priced from just Dhs50.

Learning programmes, workshops, masterclasses and open rehearsals will also be available during the festival allowing musicians and singers to develop their skills.

These will include a workshop for the Arabian Youth Orchestra with players from the BBC Symphony Orchestra, a series of workshops for local adult and children’s choirs with the BBC Singers and a masterclass for chamber musicians at the Centre for Musical Arts in Dubai.

The main concerts will be recorded for broadcast on BBC Radio 3, with the festival reaching more than 300,000 people live and millions more internationally via radio, television and online.

“I am delighted that the BBC Symphony Orchestra and BBC Singers will be performing at Dubai Opera for the inaugural BBC Proms Dubai, giving audiences in the UAE an opportunity to sample a taste of the BBC Proms experience,” said David Pickard, director of BBC Proms.

Jasper Hope, CEO of Dubai Opera said the festival coming to the venue was proof it had become the definitive destination for the best music and entertainment in the GCC.