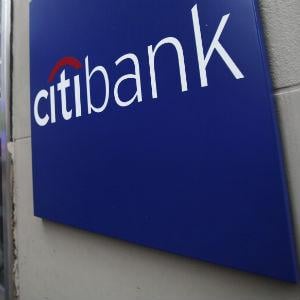 Citigroup Inc said on Monday quarterly earnings fell 12 per cent as it was stung by losses from credit crisis-era assets, but the bank’s results were better than many analysts expected after cost cutting.

The third largest US bank is still feeling pain from Citi Holdings, a unit set up in 2009 to house assets and businesses it was looking to shed after the 2007-2008 credit crunch forced multiple US government rescues. Citi Holdings’ losses widened to $920 million in the second quarter from $661 million in the same period a year earlier.

Even after the US government has exited its Citigroup investments, the bank is still dealing with bad assets from the credit crunch and struggling to grow.

In March, Citigroup was one of the few major banks to have regulators reject its plans for returning capital to shareholders. On Monday, Chief Executive Vikram Pandit said he was not sure of when he will again approach regulators regarding share buybacks.

Although the unit that houses Citi’s continuing businesses, known as Citicorp, posted a six per cent increase in net income, the gains came mainly from cost cutting and setting aside less money for bad loans.

Citicorp’s assets grew just one per cent in the period, although some areas, like commercial loans, posted better growth. Income in the bank’s main retail unit fell one per cent from the same quarter last year, with revenue barely changed.

“This is a continuation of the trend we’ve been seeing at Citi for a while — a slow healing of the balance sheet, but significant persistent challenges in healing profitability,” said Tony Smith, senior director of fixed-income capital markets research at Moody’s Analytics.

Citigroup is not cutting costs in Citi Holdings as fast as revenues are dropping — operating expenses fell 25 per cent but revenue tumbled 62 per cent.

On a conference call with journalists, Chief Financial Officer John Gerspach said Citi Holdings’ costs fell in line with its assets, which were down about 28 per cent from the same quarter last year — reaching $191 billion at the end of June 2012. In 2009, when the bank first posted results for Citi Holdings, the unit had about $650 billion of assets.

Even with widening losses in Citi Holdings, the bank performed better than analysts estimated. Cost cutting helped, most notably in Citicorp’s investment bank — where it cut out $322 million of expenses, allowing the investment bank’s net income to rise 18 per cent to $1.402 billion.

Citigroup has been laying off staff in its investment bank for three quarters or so, Gerspach said. There could be more layoffs in coming quarters, although they will not likely be significant, he added.

“These are reductions that are geared towards just making sure we’ve got the capacity right and making sure we’re the most efficient organisation that we can be,” he told reporters.

The results included a $424 million loss from the sale of a 10.1 per cent stake in Akbank TAS of Turkey and a $219 million gain from changes in the market value of its own debt and that of certain trading partners.

Excluding the debt accounting adjustments and the Turkish bank stake sale, earnings were $1.00 per share while net income was one per cent lower than a year earlier.

Citigroup is the third largest US-based bank by assets.