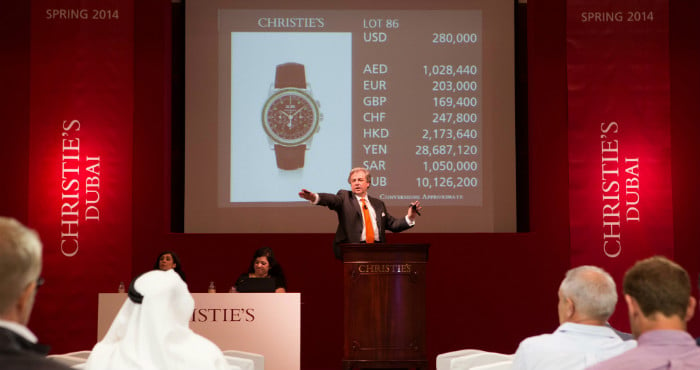 Global auction house Christie’s announced that sales during its second watch auction in Dubai netted a total of $3.09 million (over Dhs11.37 million), above the estimate of $2.9 million.

The auction for the 123 lots on March 20 followed the sale of modern and contemporary artworks by Christie’s last week, which saw sales of $10.6 million.

Christie’s auction this year was its first to be held during the Dubai Art Week, and saw 20 per cent new registrations, the statement added.

Frederic Watrelot, Christie’s watch specialist in the Middle East, said: “This season, our second since we re-launched our watch sales here in Dubai, was more than double the size and I couldn’t be happier with the results.

“The sale was 96 per cent sold and bidding was predominantly from Middle Eastern private collectors with some strong international participation.”

Christie’s held its first watch auction in Dubai in October last year, making $1.59 million with a sell-through rate of 96 per cent. Following the event’s success, it announced that the watch auction would be made a permanent fixture in Dubai.