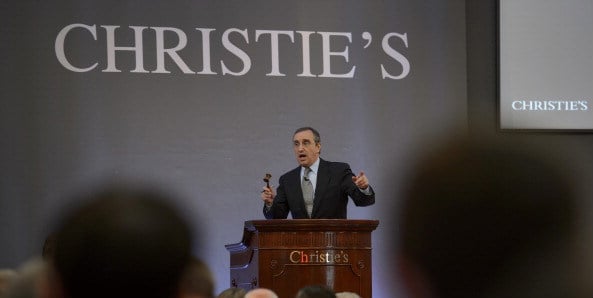 Auction house Christie’s is re-launching watch sales during its two-day October sale season in Dubai and will showcase some pricey and coveted timepieces.

Items on offer include an 18-karat gold tourbillon wrist-watch by Breguet, estimated at $60,000-$80,000, which was made for the 200th anniversary of the invention of the tourbillon movement.

Another highlight is an 18-karat rose gold oversized skeletonised time piece with flying tourbillon by Cartier, estimated to cost between $40,000 and $60,000.

The auction will also offer a “Haute Joaillerie” diamond-set 18-karat white gold bracelet watch by Piaget, with an estimate of $40,000-$60,000. The bracelet is entirely set with 236 baguette-cut diamonds with a total weight of 30.58 carats and 192 round cut diamonds weighing approximately 15.41 carats.

Along with watch sales, Christie’s will offer modern and contemporary Arab, Iranian and Turkish Art during the three-part auction on October 29 and 30.

The company also announced that it will hold its first online-only sale for Middle Eastern art this year, with bidding running from October 24 to November 11.

During this season, a team from Christie’s Education will also hold a course about the international art market, focussing on international and local themes, with access to private collections, personal tours and discussions with leading artists, curators and gallery owners.

Michael Jeha, managing director Christie’s Middle East, said: “Christie’s Dubai continues to lead the market in the Middle East with a set of new initiatives aimed at increasing accessibility to our auctions to existing and new clients interested in buying art from the region.”