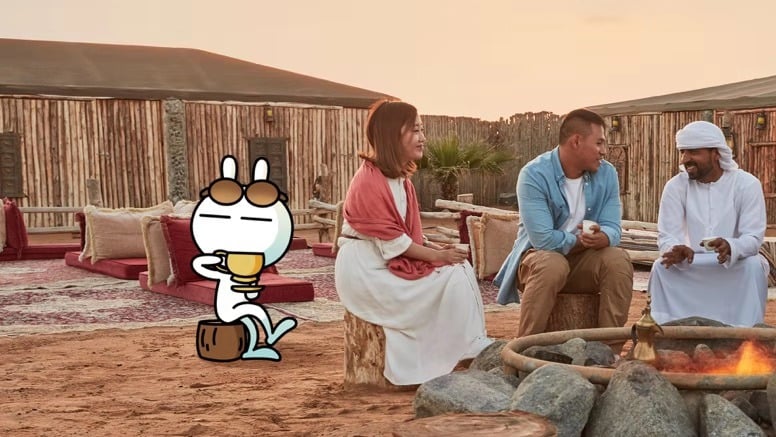 Back in what seems like the Jurassic Era (also known as the 1990s), the movie “Space Jam” blew kids’ minds – due in no small part because it featured the world’s most famous athlete (Michael Jordan) interacting with a host of equally-famous cartoon characters, like Bugs Bunny and Daffy Duck, in a cartoon world.

But that was then. In 2019, the modern equivalent is a bit more international – and somewhat more grounded in reality.

Dubai Tourism has announced a partnership with Turner Asia Pacific to launch a new digital campaign starring the popular Chinese emoticon “Tuzki,” as part of efforts to further increase tourist traffic to the emirate from China. For those unfamiliar with the emoticon, Tuzki is a cartoon bunny created by Momo Wang when she was an undergraduate at the Beijing Broadcasting Institute, that is wildly popular in China and many Asian countries. 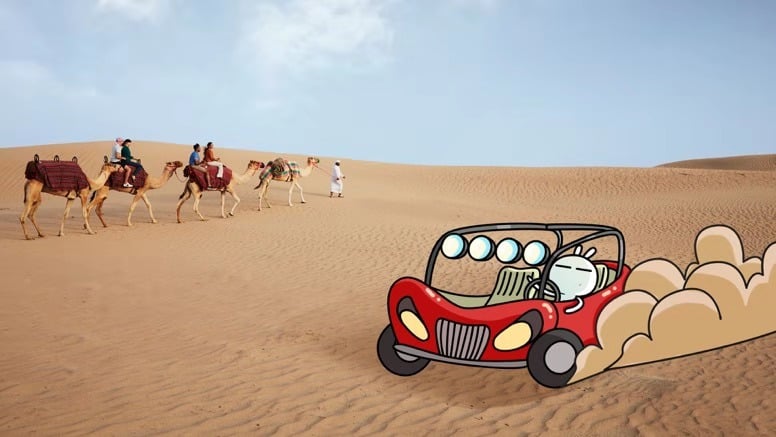 According to a release about the collaboration, the new Dubai Tourism campaign will feature a series of short digital clips showcasing Tuzki’s “ultimate Dubai vacation” to promote points of interest and experiences to be had in and around Dubai.

People will be able to follow Tuzki’s journey on DubaiTourism.cn, Weibo and WeChat and can interact via a dynamic H5 platform, where they can “virtually play” with Tuzki in Dubai, with a chance to win one of four holiday packages that includes roundtrip economy flights for two, airport transfers, four nights’ accommodation, and the opportunity to enjoy “one premium experience” such as a hot air balloon ride, a trip to the top of the Burj Khalifa, an Al Marmoon desert excursion or a day at the Aquaventure waterpark. 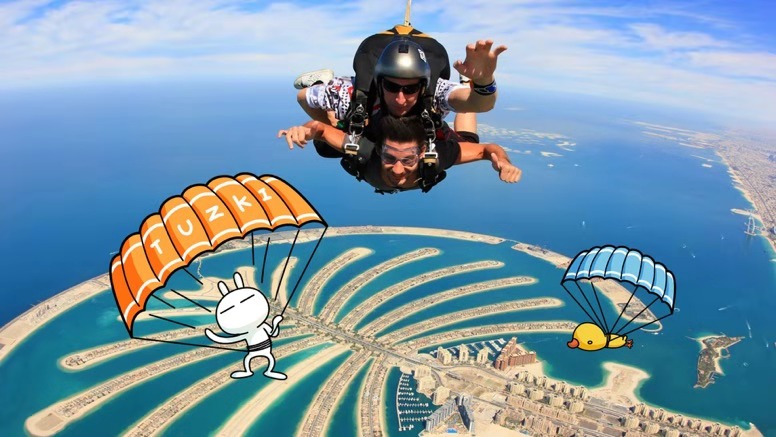 “This digital rabbit is the perfect ambassador for Chinese tourists to Dubai, and will show them that this remarkable place has a unique personality and welcomes them with a sense of fun,” said Clement Schwebig, Turner’s managing director for China and its Asia-Pacific CFO.

“Tuzki has found himself in many interesting places over the years – from the screens of millions of young Chinese mobile users to the Paris Fashion Week catwalk. But being the centre of such an innovative project is certainly up there as one of the most epic.”

The Tuzki campaign comes as increasing numbers of Chinese citizens come to Dubai for holidays. More than 575,000 visitors arrived from China in the first seven months of 2019 – a 12 per cent increase from the same period in 2018.

READ: Dubai welcomes over 8.3 million tourists in the first half of the year

The numbers make China the fourth-largest country of origin for international visitors to Dubai, behind the UK (third), Saudi Arabia (second) and India (first).