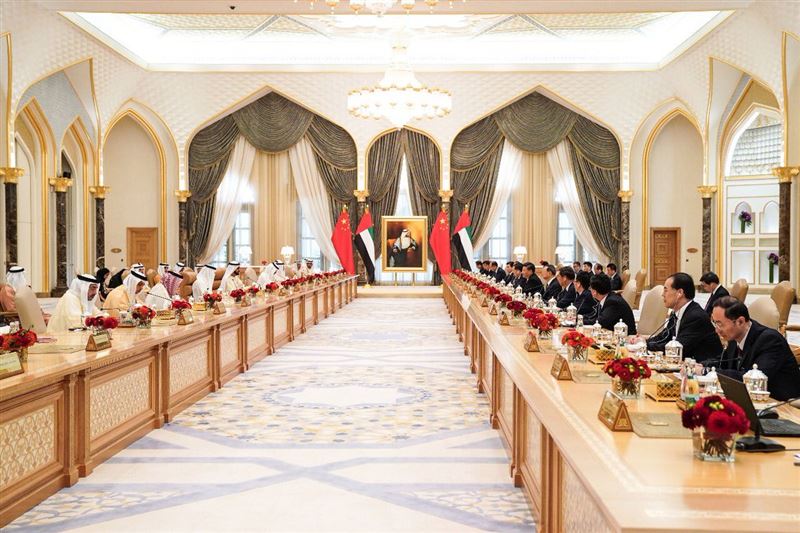 China and the United Arab Emirates signed a raft of financial, business and trade agreements during a visit by President Xi Jinping to the UAE, underscoring energy-hungry Beijing’s rapidly growing interest in the Middle East.

.@MohamedBinZayed bids farewell to HE Xi Jinping, President of China, as he leaves the #UAE after a three-day state visit.#UAEChinaWeek pic.twitter.com/S7YltfCVDm

They announced 13 agreements and memoranda of understanding, including approval for the first Chinese state-owned financial services firm to set up in Abu Dhabi Global Market, a financial centre, while the Abu Dhabi National Oil Company and the China National Petroleum Corporation agreed to explore joint business opportunities.

.@HHShkMohd, @MohamedBinZayed, Chinese President attend signing of 13 agreements and MoUs between the #UAE and Chinahttps://t.co/BokJcJmWQ4#UAEChinaWeek pic.twitter.com/6iiWxWmMMu

As both a major energy exporter and a hub for international trade, the UAE is an important part of Xi’s “Belt and Road” initiative to invest in infrastructure linking China by both sea and land to markets in Asia and Europe.

“We have many areas of political and economic agreement and a solid base of projects in the energy, technology and infrastructure sectors. More importantly (we have) a strong political will to start a greater phase of cooperation and integration,” Sheikh Mohammed bin Rashid wrote in a Twitter post in Arabic on Friday.

“Today, we have exemplary relations with China and a Chinese leadership that sees the UAE as main strategic partner in the region,” he added. 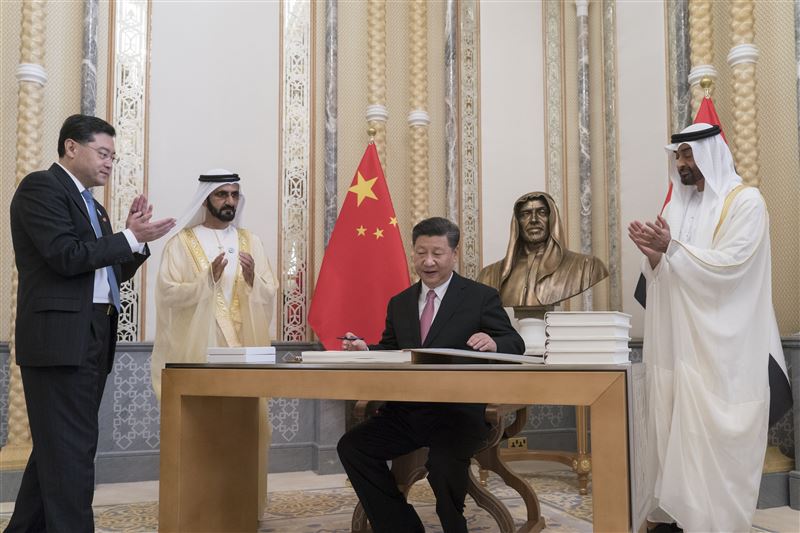 China is the UAE’s second largest trading partner and biggest source of imports. The UAE is the gateway for about 60 per cent of China’s exports to the Middle East, and on its own accounts for around a quarter of total Arab trade with China.

UAE economy minister Sultan bin Saeed al-Mansouri said that total bilateral trade between his country and China is expected to reach $58bn in 2018, up from $53.5bn in 2017.

In 2013, Xi outlined the Belt and Road initiative which involves billions of dollars of infrastructure investment to reinvigorate the ancient overland silk road trade route and develop a new sea equivalent. The UAE sits close to both routes.

China’s commerce minister Zhong Shan said that his country was ready to cooperate with the UAE to promote globalisation.

“This future of cooperation is broad as both UAE and China are advocates of the economies and multilateralism. On this we have mutual interest and a joint position,” he said.

China has traditionally played little role in Middle East conflicts or diplomacy despite its reliance on the region for oil, but has stepped up its involvement since Xi came to power six years ago. Beijing has had to tread carefully, though, with Gulf Arab states like Saudi Arabia and the UAE, as China also has close ties with their rival Iran.