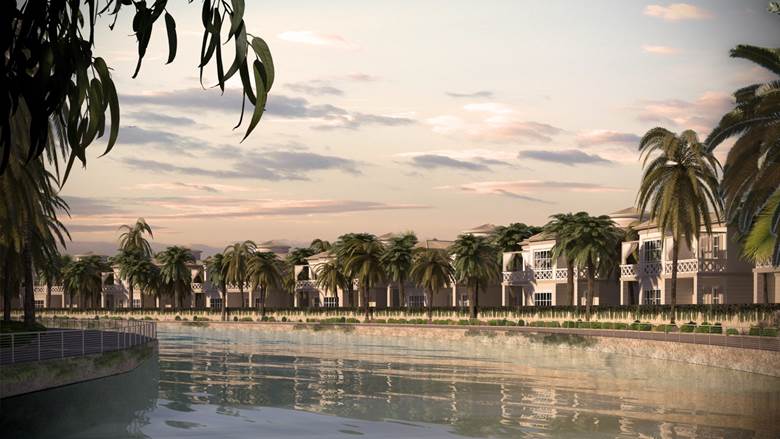 UAE-based Al Hamra Real Estate announced that it has awarded a Dhs150 million contract for marine and infrastructure works at its upcoming Falcon Island project to China Harbour Engineering Company.

The Dhs1 billion development in Ras Al Khaimah will feature 150 villas and mansions with European architecture and luxury interiors.

A central canal will split the island in two, and is one of the project’s key features that will be developed by China Harbour Engineering Company, the property developer said in a statement.

The Chinese firm will also be responsible for landscaping private and public beaches and power, sewage, and road networks. Existing beaches at Al Hamra Village will also be enhanced as part of the contract.

Work on the project will begin in March 2015, with completion due by October 2016, the statement added.

Launched in March 2014, Falcon Island is aimed at being the first in the GCC to achieve the Leadership in Energy and Environmental Design’ (LEED) platinum level rating for sustainability.

Mansions on the development – ranging from five to eight bedrooms – will reportedly cost $6.4 million each with the smallest villas at around $1.4 million.

“Falcon Island will be a retreat from the fast pace of the big cities, a place where families can enjoy some of the finer things in life,” said Al Hamra Real Estate General Manager Benoy Kurien.

Falcon Island is part of the Al Hamra Village site, a 77 million square feet development in Ras Al Khaimah that includes 1.5 kilometres of beach, over 1,000 villas and town homes, nearly 2,500 residential apartments, five hotels including a Waldorf Astoria, an 18-hole golf course, a marina, and a shopping mall.