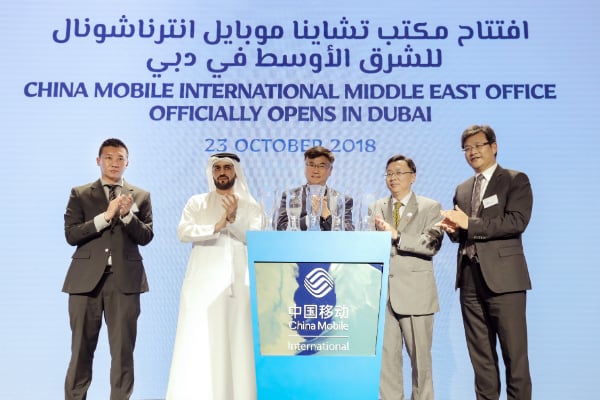 China Mobile International has opened a Middle East office in Dubai Internet City as it seeks to boost regional investment.

The company, which already has a point of presence to exchange internet traffic in the UAE, said it would explore partnerships with local operators and investment opportunities in network infrastructure to support Chinese companies in the region.

It will also bring future technology products to the region relating to artificial intelligence and internet of things.

“With the opening of our Middle East office in Dubai, it marks an important milestone for China Mobile to expand its businesses to the whole Middle East.”

The company is also planning to establish a global network of cloud data centres.

Its parent company is among the world’s telecoms firms with nearly 916.5 million mobile customers and 146.8 million fixed broadband customers as of September.