The changing face of real estate in the GCC - Gulf Business 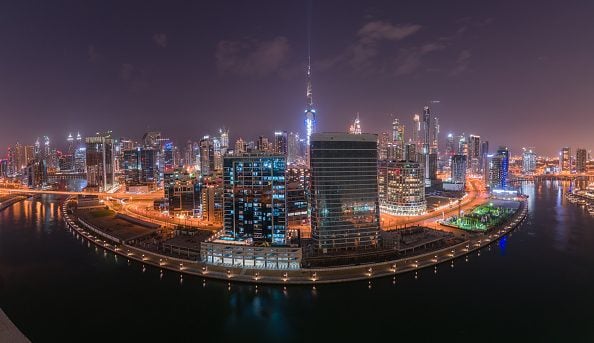 Real estate has long been a stronghold of local economies in the GCC – from Dubai, where the property market represents 44 per cent of consumer price inflation (CPI), to Qatar where it represents 22 percent. Indeed, even in Saudi Arabia, where the market is less dependent on foreign investment, it still plays a vital role in the economy.

However, the 2008 financial crash followed by the dip in oil prices in 2014 marked key challenges for the market in the region. Despite ongoing fluctuations, Dubai has remained one of the quickest markets to adapt to the changes.

“When you look at the city’s real estate market, you really have to look at it from 2003 when the former ruler of Dubai, Sheikh Maktoum, became one of the first in the region to initiate freehold status for property, inviting non-GCC nationals to purchase property in Dubai”, explains Carla Maria Issa, a senior research analyst at Property Finder.

However, despite a long term trend towards foreign investment, it did not insulate the city from the downturn following the last property peak five years ago, followed by a dip in prices by around a third – something which Issa refers to as “the new normal”. 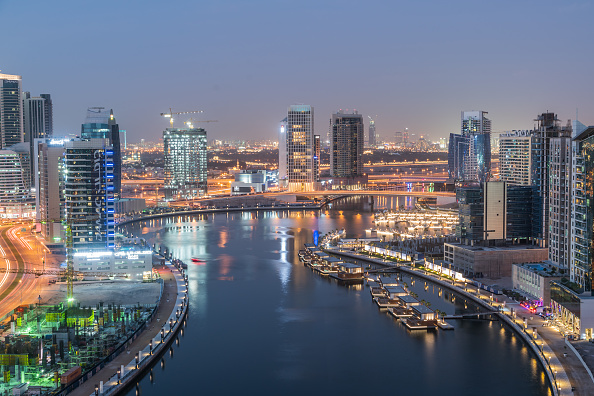 “When looking at the period from 2014/2015, prices have come down about 30-35 per cent, however that is what I like to consider the new normal. People are more conscientious, and also restricted financially, both after the 2008 financial crisis and in an era of lower oil prices. The city is still very new, but the ‘newness’ of Dubai property as a commodity rather than a true asset has settled.

“Today’s market has seen more landlords and sellers become realistic when it comes to fairer prices and it is more of a buyer’s market than one for sellers. Many residents are now finding Dubai more affordable when it comes to housing,” she explains.

The rise of government initiatives

Following the challenges of 2014, governments across the GCC have worked to implement legislation to support real estate growth and stability.

“When it comes to the GCC, Dubai and even Saudi Arabia tend to grab the headlines, but there are a lot more changes underway that will have a lasting long-term impact,” says Issa.

“For instance, Bahrain recently instituted their own version of the UAE’s Real Estate Regulatory Agency (RERA), which will have a regulatory impact on their real estate market and help to institute trust and the rule of law. Saudi Arabia is also working on their own regulatory framework for the real estate sector.

“I would say the overall trend is the strengthening of legal and regulatory frameworks as well as overall diversification both in the types of industries and also within the industries themselves,” she adds.

Despite the roll-out of these legislative changes across the GCC, there is still variation in the maturity of the different markets in the region, argues Imran Farooq, group CEO of Samana Developers.

“Like the UAE, it’s expected that Saudi Arabia will see a drive in growth from the affordable housing market,” he says.

“Yet at this point, the Saudi Arabian real estate market is not as sophisticated as that of Dubai’s. It’s still young and needs time to develop, which will happen as the regulatory authorities become more established and the investors’ confidence grows.” 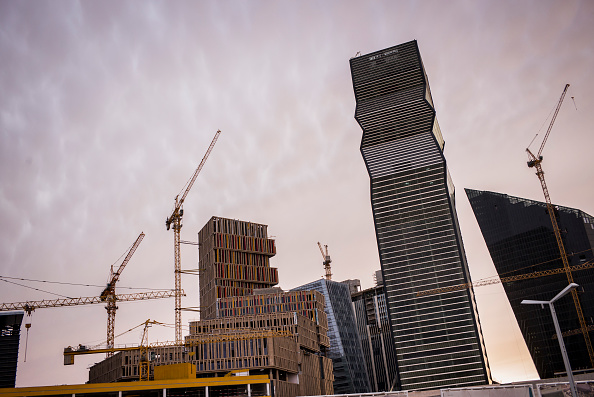 In terms of the UAE, the new visa rules have “breathed life into the market,” says Harry Tregoning, managing partner at Tregoning Property.

“With the government introducing residency with properties bought over Dhs1m, it has produced a new wave of investors who are attracted by this incentive. It is particularly attractive to those from countries with weaker passports or those who want to own and live here but not necessarily work.

“In fact, we recently had a customer who insisted that the property he bought was over the threshold to guarantee the residency visa,” he continues.

Keren Bobker, an independent financial adviser and senior partner at Holborn Assets, highlights however that the Dhs1m investment strategy is something that affects a small number of people in the country.

“Many of the new visa options are only available to a few people, so while they are good initiatives, I don’t think they will make a big difference to many and not the average potential buyer. Although it may give some comfort in terms of long-term outlook and stability,” she says.

Alongside the changes to property ownership, Saleh Abdullah Lootah, CEO of Lootah properties, points out that key events over the next 12 months – particularly in Dubai – could have a positive impact on the market for investors.

“Major events and government initiatives including Expo 2020 Dubai and the Dubai Industrial Strategy are expected to drive a real estate turnaround,” he explains.

And in the wider UAE, “the recent announcement of the golden card scheme has further increased investors’ confidence in the UAE as a long term, global investment hub,” he adds.

Another key development in the UAE has been the relaxing of foreign ownership restrictions in Abu Dhabi. But as Tariq Imam, a partner in the real estate practice of law firm Clifford Chance highlights, although the relaxing of foreign ownership in the city will be a “positive move”, it remains to be seen what the ramifications will be in practice.

The impact on the banking sector

The interdependency of the housing market and financial sector first became palpable in the region during the 2008 financial crisis. However, improved regulations over the past decade across the GCC has arguably better insulated the real estate market.

“The banking sector has better secured itself against the softening cycle, primarily through the regulatory changes,” explains Ziad Abou Nasr, director of Al Masaood Developments.

“Balance sheets are substantially healthier than they were at the onset of the last crisis and can better sustain continuous diminishing in asset values”, he says. 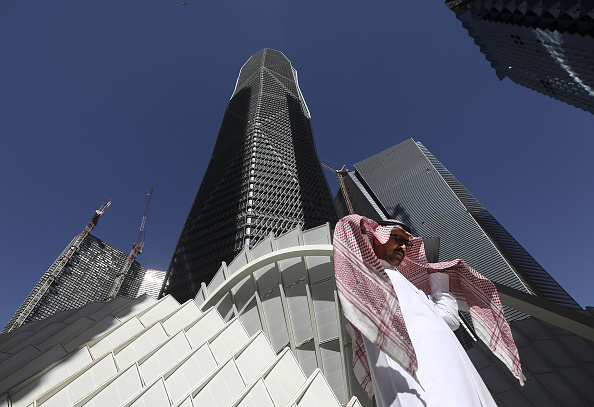 This is a trend, however, which cannot continue in the long term, he explains.

“It’s not something that can be sustained indefinitely, ultimately the property sector will need to turn the corner very soon as it’s been soft for too long.”

“The real estate market has a huge impact on the banking sector. Both sectors correlate to each, and since 2014 banks have registered a decrease in the real estate-related loans.

“However, the current real estate market is very attractive, which can and will support and uplift the banking sector if people take advantage of the schemes.”

One of the biggest changes to the current soft cycle in the industry could be further regulation.

“I think regulators are likely to play an important role,” says Imam.

“In the UAE we know that the Central Bank is considering lowering mortgage lending limits in a bid to stimulate activity, while at the same time it seems that conditions for banks to lend to market participants are being tightened somewhat,” he explains.

Key trends in the GCC

“The elephant in the room is always oil prices when it comes to this part of the world,” says Issa.

“In the GCC – with the exception of Bahrain – any long-term dip in global oil prices due to war, supply clogs, demand and other variables, is going to have a direct effect on the bursaries in these countries.

“Bahrain is relatively new to exporting hydrocarbons and has seen its GDP projections boosted as a result. However, overall, it is good to see economies like Dubai, and now Abu Dhabi, and of course Saudi Arabia, diversifying their economies so they have a more stable future that is not so reliant on the success of one sector.

“Given the price of oil, government and consumer spending has both been affected, so the ability to spend on construction and real estate takes a toll,” she continues. 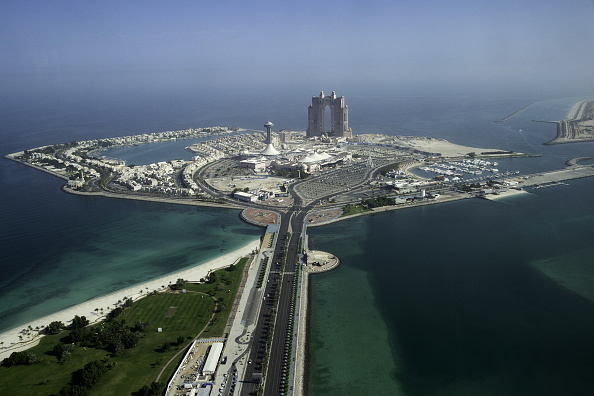 Despite luxury property putting Dubai’s real estate on the global map, “many cannot afford most of the property already in existence,” Issa says.

“The main trend has been affordability, simply because many stay for more than a couple years and want to own a property the longer they live here,” she explains.

One of the key hurdles to property ownership in the city, however, remains the significant down payment required by the UAE Central Bank. Though it is a double edged sword, notes Issa.

“The 25 per cent down payment has been a large barrier to entry, but it also provides vital regulation so as to avoid large fluctuations.”

A shift towards the middle ground

One of the key outcomes of the past five years is that “developers are starting to focus more on what the bulk of the market needs,” says Nasr.

“It’s an important part of the development of the market that operators focus their offering more on the realities of demand. The freehold sales market has traditionally focused on the luxury end, neglecting the mid-section which is potentially more voluminous”, he adds. 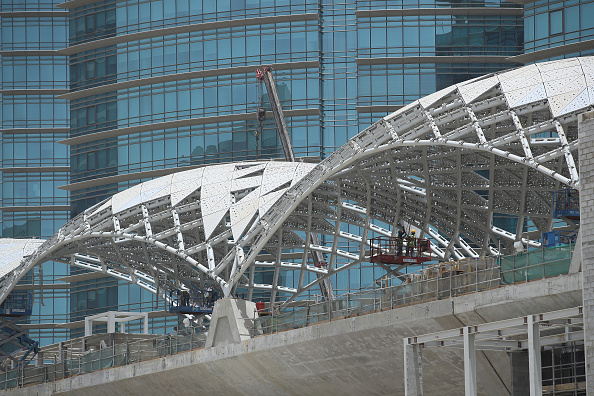 Indeed, the move to a middle ground is positive news for investors, argues Tregoning.

“There are many newer, affordable options for buyers now. You can now buy a three bedroom townhouse for Dhs1m, which you have never been able to do in the past,” he explains.

For the first time, the local market has “seen a shift from investors to end users and first-time home buyers. Therefore even developers have started focusing on more affordable housing such as townhouses and lower ticket size apartments,” he explains.

It is no secret that “market supply clearly favours buyers,” in the region, says Nasr.

“The market is in a soft part of its cycle and is in need of strong demand generators to pick up,” he explains.

And it’s something that developers are acutely aware of, says Vohra.

“As a result, they have become more flexible by offering things like DLD fee waivers, post-handover payment plans, rent-to-own schemes and even service fee waivers, which certainly wasn’t the case in the past,” he says.

Despite the increase in affordable property, and purchase incentives, “there are still various challenges to successfully acquiring suitable assets in some countries in the GCC,” explains Imam.

Those include foreign ownership restrictions and the split ownership of buildings. Despite these factors, it still is “a buyers, or even a tenant’s market,” he says.

“In my view there are opportunities in certain segments of the market today to transact at attractive rates, or to secure better deals and incentives,” he adds.

Another challenge is financing investment.

“It’s become far more difficult for a working resident to be able to afford the upfront payments to ownership,” admits Zaid.

And although it might require more work because of the sometimes difficult ownership options and down payments, it’s still a good time to get a deal he says.

“If investors spend time to shop around and commit to serious developers who can provide easier ownership options, deliver finished products and provide the support required post-ownership, then it’s worth investing.”

And ultimately, the end to the current soft cycle will come with the easing of mortgage requirements concludes Farooq.

“Buyers are not getting adequate mortgage finance from banks. If the developers offer a convenient payment plan for buyers, with the help of financial institutions or banks, we believe the region’s real estate market will witness an unprecedented boom and become economically sustainable.”