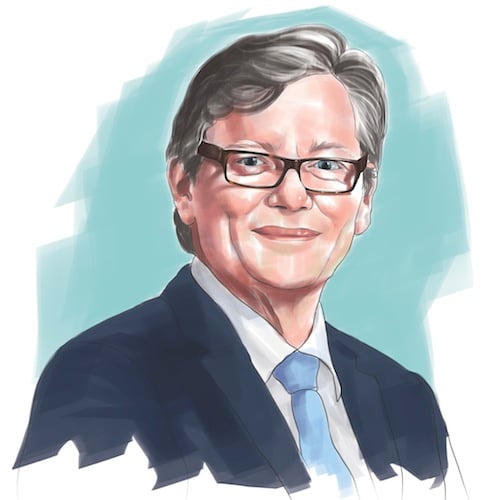 The year 2014 has been a successful one for Emirates NBD. The bank has continued to grow driven by higher revenue, a substantial increase in core banking activities and a strong focus
on cost control. All these factors have resulted in a solid improvement in interest income and profitability.

In the first nine months of 2014, the bank delivered a healthy set of results, with net profit improving by 51 per cent to reach Dhs3.91 billion, due to year-on-year revenue growth in each business unit.

2014 has been a year of solid performance for all UAE banks. The banking sector in the country delivered improved profitability and steady asset growth, as evidenced by the first nine- month financial results.

So why have UAE banks been successful in 2014 when the banking sector in some other countries continue to struggle? The UAE banking sector has always had strong levels of capital but has sought to strengthen these further over the last six years.

Liquidity ratios in the UAE banking sector now operate at much more conservative levels than at any time in recent history. In addition, the strong economic recovery in the UAE has contributed to their healthy performance.

Also, asset quality issues linked to the property sector are diminishing as evidenced by the improving Non-performing Loans(NPLs) and coverage ratios reported by banks in the third quarter of 2014.

The regulatory environment in the UAE banking system continues to evolve. The establishment of Al Etihad Credit Bureau, which began operations in September, is another positive development.

The UAE Central Bank has taken proactive steps such as introducing rules and regulations limiting excessive consumer lending. This will go a long way in maintaining stability.

Even as the global recovery continues to be “brittle, uneven and beset by risks with a period of mediocre growth” as described by Christine Lagarde at the IMF, global economic activity is expected to improve further in 2015, with much of the impetus for growth coming from advanced economies. Weak oil prices mean that lower-than-expected inflation still poses risks for advanced economies.

The US economy continues to drive the global economic recovery, with the Fed likely to start tightening monetary policy in 2015, which may contribute to volatility in the emerging markets. The Eurozone, Japan and China however are expected to provide offsetting monetary policy support, allowing global growth to gradually pick-up momentum in 2015.

Amidst the volatility, the road ahead for the banking sector in the UAE offers significantly more cause for optimism.

The outlook for UAE banks in the near to medium term remains favourable, underpinned by robust non-hydrocarbon growth and low interest rates. The growth story in the banking sector is here to stay since banks now have enough capital to meet further economic requirements, where comfortable liquidity, growth in assets and profitability are expected to continue over the next few years.

Additionally, the strong emphasis on compliance, increased regulation and more conservative guidelines, will encourage responsible lending in the UAE.

Last but not the least, the current push by banks in the technology space will benefit customers in terms of better products with competitive pricing.

Overall, Emirates NBD as well as the banking sector in the UAE and the wider region is set for a smooth ride.