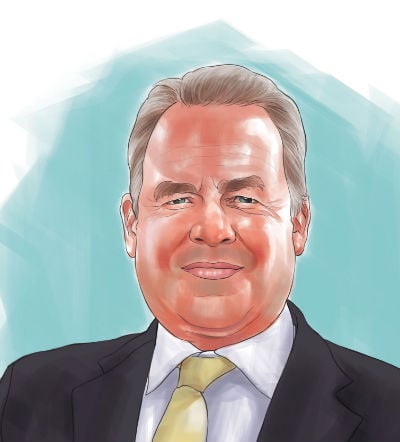 This was another impressive year for Etihad Airways, which is now entering its second decade of operation. During the last 11 years, we have established ourselves as a dynamic national carrier for a modern nation.

In a changing industry and during constantly challenging times, we continue to set world-class goals, both in the service we deliver and in the way we run our business.

We are excited about the future opportunities offered by a changing economy and an airline industry that keeps reinventing itself: New markets, new economic realities and social changes.

Etihad Airways has an important role to play in the future development of trade and tourism into the UAE, and this year, we took further steps towards a global network, which connects the world via Abu Dhabi.

By the end of 2014, we had announced our eighth equity investment in Alitalia and plans to rebuild it as a competitive, sustainably profitable business.

We believe in Alitalia. It is a great brand with enormous potential. With the right level of capitalisation and a strong, strategic business plan, we have confidence that the airline can be turned around and repositioned as a premium global airline once again. This deal will be completed by the end of December.

The new partnership will create an optimised network and increased frequencies that will increase competition and consumer choice, while supporting tourism, trade and economic development.

This will include flights to new destinations, increased frequency in certain existing markets and an enhanced network to Abu Dhabi to capitalise on growing traffic between Italy and the UAE, and to provide Alitalia’s passengers with convenient connections to Etihad Airways’ global network.

We also unveiled Etihad Airways Partners during 2014, a new brand that brings together like-minded airlines to offer customers more choice through improved networks and schedules and enhanced frequent flyer benefits.

The key emphasis for Etihad Airways Partners is a strong commercial partnership and shared values and any airline can become a member, even if it is part of an existing alliance, such as airberlin, which is a member of oneworld.

In parallel with our partnership strategy, we are building our network organically, and in the first half of 2015, we will inaugurate six new routes from Abu Dhabi.

These routes will cover the European cities of Madrid in Spain and Edinburgh in Scotland; the historic city of Kolkata in India; and one of the most important business and government centres in East Africa, Entebbe in Uganda.

We are also starting flights to Asia’s major economic and business hub, Hong Kong, and Algeria’s vibrant capital, Algiers – taking to 111 the number of passenger and freight destinations which we serve.

But our growing network relies heavily on state-of-the-art aircraft and technology. At the end of 2014, we took delivery of our first Airbus A380, which offers a luxury three-room suite, The Residence by Etihad, and our first Boeing 787-9 Dreamliner.

We have nine more aircraft scheduled for delivery in the first half of 2015, comprising three Airbus A380s, three Boeing 787-9 Dreamliners and three A320 family aircraft.

We have also unveiled a striking new livery which will be introduced across the fleet throughout 2015 and introduced a new uniform for our cabin crew, which embodies the dynamic airline that we are.

Above all, we retain our focus sustainable profitability as a business. We are a national flag-carrier but we operate to a strict commercial and safety mandate and 2015 will be no different.