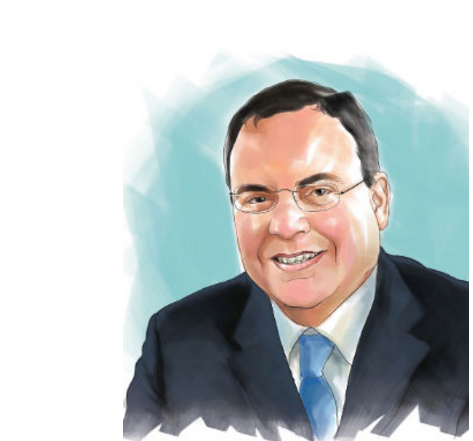 For PwC, 2014 was a really strong year. It was another year of double-digit growth  our increased investment in territories such as the UAE, KSA and Qatar in areas including government, healthcare and education is really paying off.

It’s also been a year of milestones for us, and the realisation of our combination with Strategy&, formerly Booz & Co.

This has been a real game changer for the consulting profession and us and we’ve been delighted by the positive response of our clients, who are increasingly looking for end-to-end strategy consulting, implementation and execution.

We are lucky in that we operate in one of the world’s hottest consulting markets, particularly in areas such as government, where we are seeing continued spending on developing employment, housing, healthcare, education and hard infrastructure such as transportation, power and security.

We have noticed a pick up in deals activity, and we advised on Saudi Arabia’s first bank IPO since 2008 for NCB, which at $6 billion was one of the largest IPOs in the world this year. This uptick is also reflected in the levels of companies attracted to the region, and we help them in areas such as tax structuring and transfer pricing.

We are also seeing increasing regulation in the form of mandatory audit rotation in Abu Dhabi (following in the footsteps of Europe), where entities with government/ state ownership have to change audit firm every four years.

Globally, we have seen growth in Europe, driven by Germany, stall and we think this over reliance on Germany could cause more problems in the longer term, especially when we see little growth in other Eurozone countries  Italy has just entered into recession for the third time since 2008.

By 2030, we estimate that the E7s (the seven largest growth markets) purchasing power will overtake that of the G7. The rates of growth we have seen in China, India and Indonesia during the last year certainly bear that out. Dubai’s physical location as a south-to-south trading point means that we all stand to benefit from this shift in economic power.

Falling oil prices are a hot topic  we think sustained low prices could have an impact, but for the short to medium term regional governments have accumulated such massive surpluses that we don’t think the price drop will hugely dampen the prospects of the region.

This is because of the burning need to tackle some of the bigger demographic issues  in short, the need for economic diversification and social and hard infrastructure is not going away.

We expect to see further consolidation in the consulting industry, where smaller firms will combine with larger ones.

In deals, we see the animal spirits’ returning, and after several years of subdued deal flow, mergers and acquisition activity in the Middle East and Africa appears to be on the cusp of a significant increase. We see continuing demand for risk assurance, with technology underpinning much of the change.

We will continue to work with governments and organisations to help them deal with the impact of what we call megatrends’  five global shifts that we’ve seen have a major influence today and that we believe will still be important over the coming decades.

These are demographic shifts, technological breakthroughs, shifts in global economic power, resource scarcity and climate change and finally, rapid urbanisation. Nowhere more than the Middle East do we see these trends already having a profound effect.