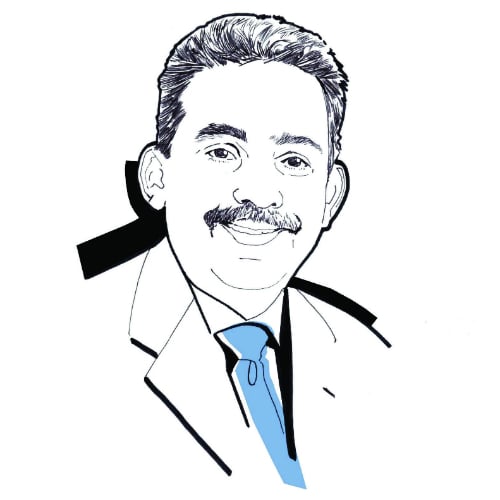 2013 concluded with some optimism for the global economy. We expect broader economic recovery in 2014, with global growth forecast to increase to 3.5 per cent from 2.7 per cent in 2013. Green shoots are emerging in Europe, and the American recovery seems to be on a firmer footing despite political gridlock in Washington and the economic impact of the federal government shut down in October.

Emerging markets continue to be the engine of global growth. They now account for over half of global GDP on a purchasing power parity basis. Africa is widely emerging on everyone’s radar as the next frontier.

Witness the Obama administration’s recent US efforts in Africa through the Power Africa and Young African Leaders initiatives. Asia is still growing, albeit slowing. The successful bid from Dubai to host Expo 2020 will provide a boost to the local UAE economy, its impact extending across the housing, infrastructure and hospitality sectors.

So what are some key themes, issues and questions as we enter the New Year? One, when is the US Federal Reserve tapering going to happen? Will the incoming Fed Chairman be a dove or a hawk on monetary stimulus, and what are the likely consequences of that for debt, equity and currency markets in 2014?

Two, what will be the impact of the slowdown and rebalancing in China’s growth on global trade patterns and commodity prices? Much has been written about China’s slowdown, but it is the law of big numbers at work – growth will slow as you get bigger. What commentators often fail to note is that with a GDP of $9 trillion, even at 7.5 per cent growth, China will be “creating” a new India every three years! China remains an economic miracle.

Three, what will be the economic consequences of the 2014 elections in India, Indonesia and Brazil? All three countries have economically underperformed in recent years due to political paralysis. Will the elections deliver the economic light at the end of the political tunnel?

Four, will Africa continue to deliver on its promise? How will Nigeria manage political tensions, while keeping a steady hand on its economy, in the run up to the 2015 Presidential elections?

Five, will we have a satisfactory resolution to the Iran imbroglio? If this happens what will be the implications for the geo-political landscape and power equations in the Middle East?

Six, what will Middle Eastern governments do to tackle job creation and youth unemployment? This is a particular challenge for the region because, with few exceptions, people are largely dependent on the government sector for employment.

Seven, as the renminbi continues its inexorable rise as a major currency, what are companies doing to ride this wave and rethink their approach to indexation of contracts? Already renminbi has replaced the Euro as the second most used currency in trade finance.

Eight, how will shale gas and nano- technology shape the re-emergence of the United States as a manufacturing powerhouse, and what will be the political ramifications of that for the Middle East? Will cheap energy lead to a pronounced pivot away from Middle East in US foreign policy?