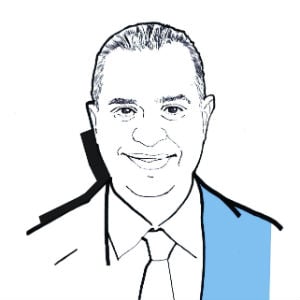 From a macro-economic viewpoint, 2013 ended more positively than it began. Although persistently weak economic growth will continue to be a drag on global trade flows and therefore on growth across the industries that support these trade corridors, there is certainly room for more economic optimism than there was at this time twelve months ago.

We believe the global economic environment will continue to slowly ameliorate through 2014 and we are broadly predicting a commensurate increase in trade corridor growth – particularly across the Middle East and Africa – which will help support the further development of the vitally important logistics sector.

And we believe it is Africa – and Africa’s growing trade corridors with the Middle East – that could prove most influential for the logistics industry this year.

I spend a significant amount of time in Africa and its positive economic trajectory is hard to refute. Africa is the second fastest growing region in the world, with favourable demographics (half the population is under the age of 20) and annual GDP growth that is expected to average seven per cent over the next 20 years. As African economies have grown, Africa-Middle East trade corridors have expanded.

This exciting trend is set to continue, in line with sustained African economic growth, the expansion of its export industries and increased domestic appetite for imported goods. The further strengthening of this trade corridor should result in a significant fillip for the logistics sector.

However, despite the clear opportunities for investors in Africa, there remain significant challenges that need addressing.

First, material investment is needed in Africa’s infrastructure. The African Development Bank estimates that the total cost of bridging Africa’s infrastructure deficit over the next decade will be over $93 billion a year. This will be critical in ensuring goods and products can be moved efficiently and effectively to markets.

Second, education systems across Africa will need to be strengthened. With 122 million new entrants into the labour force expected over the next ten years, it is imperative that African workers have the requisite skillsets to be able to compete – to be able to access vocational training to meet market demands and access formal employment.

Thirdly, access to finance, or rather the inability of millions of people in Africa to access finance remains a considerable drag on economic growth, often confining them within the informal sector.

Should these challenges be successfully addressed, the significant economic benefits for the logistics sector will far outweigh the positives inherent within a global economic recovery.

In 2014, we believe that if Africa were to successfully tackle this reform agenda, our outlook for the industry – and indeed regional economies – for 2015 would be significantly more optimistic than it is for 2014.