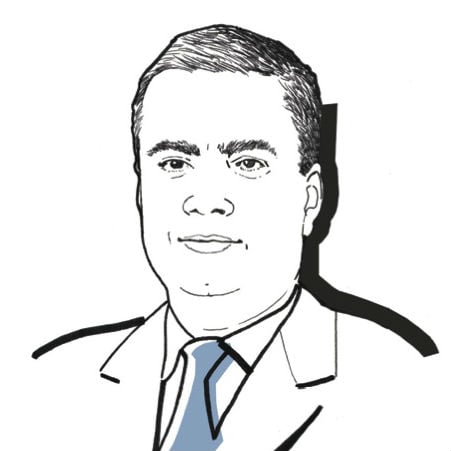 With government shutdowns in the US, economic strife in Europe, slowdowns in the BRICs, Rupee devaluation and ongoing political unrest in parts of the Middle East, 2013 will be remembered as another challenging year for airlines across the globe. Despite tough market conditions, however, this part of the world seems to always combine all the odds evenly!

As far as Air Arabia is concerned, we have again enjoyed a year of steady growth, solid financial performance and strong passenger volumes, led by our ongoing route and fleet expansion plans.

Air Arabia also reached a major milestone in 2013, as we celebrated completing a decade of operations, changing the dynamics of air travel in the region. The aviation sector in the Arab world has changed beyond all recognition since we made our first flight from Sharjah to Manama on October 28, 2003. Forty million passengers have flown with us since then, and we continue to witness robust passenger demand.

The biggest challenge facing airlines across the world stemmed mainly from soaring fuel prices. And in a region like the Middle East, every year carries even more surprises that one can anticipate.

The business of aviation, by its nature, is affected by external factors, from politics to the economy to weather and natural disasters. Those airlines capable of overcoming such challenges are those that have mitigated with a robust business model, highly-focused operations team and proven commercial strategies.

From the industry as a whole, while it is still too early to definitively call the market, I anticipate 2013 will prove to be
a good year for the Middle East’s airlines. While mature aviation markets continue to struggle, the Middle East aviation sector is increasingly recognised as a beacon for the wider industry.

This was echoed recently by IATA, citing the Gulf as a model of industry-government cooperation, which has created an effective regulatory regime aligned to global standards.

Despite the challenges, there are still profits to be made. According to IATA forecasts, in 2013 the global aviation industry will register a net profit of $11.7 billion, with Middle East airlines contributing $1.6 billion to that. 2014 is set to be even better, with $16.4 billion predicted to be generated globally, of which $2.1 billion will come from this region.

As the only publicly listed airline in the Middle East, Air Arabia is uniquely positioned to capitalise on the many exciting opportunities that the regional aviation sector offers. Helping us will be the introduction of creative new services allied to our proven ability to deliver value-for-money fares, service innovation and extensive geographic reach.

We are also optimistic about the potential for oil price stability, and anticipate an uptick in business and leisure travel across the region.

So, as we enter our second decade of operations, we remain full of optimism. As the aviation industry across the world continues to struggle, this region has become one of the most dynamic, underpinned by strong economic fundamentals, increasing passenger demand, and world-class airport infrastructure. Long may it continue.