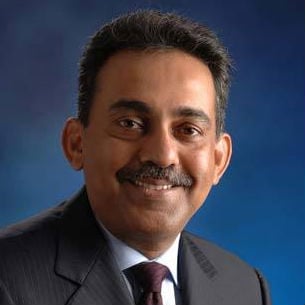 It was a turbulent year for the global economy in 2012 – one marked by a sharp slowdown in Europe and muted growth across the US, China, India, and many emerging markets.

The turmoil in the Eurozone dominated discussions, although we do observe recent improvement in sentiment attributed to the much needed, even if belated, actions of the European authorities. Notwithstanding all this, it was a good year for most stock markets, with decent gains in most indices (China being a notable exception). Also demand for bonds was robust, as investors chased yields.

While the world economy is not yet out of the woods, I remain cautiously optimistic for 2013 in view of continuing consumer momentum in Asia and robust trade and investment activity particularly across Asia, Africa, Latin America and the Middle East – the new Silk Route. However, much will depend on how Europe evolves.

I expect the world will continue to undergo significant structural changes as various governments and financial institutions grapple with the overhang
of debt and the need to deleverage as a response to regulation. The challenge will be to balance deleveraging with the need for growth.

Excessive austerity that leads to recession will be a recipe for disaster.

Market watchers will also have a keen eye on growth data out of China and India, and the economic and social effects of political complexities in the Middle East.

Syria and Iran are sources of concern. Egypt will be a big swing factor in any scenario, as will the price of oil.

While not decoupled from events in the West, emerging economies have risen to the challenge of diversifying exposures, improving their infrastructure to support increased domestic demand and focusing investments domestically.

In the aftermath of the global recession in 2009, emerging economies have driven about two-thirds of the pick-up in global growth.

In 2013, Standard Chartered will continue to stay true to the basics of banking. As we look to leverage significant opportunities for organic growth across our franchise, we will maintain discipline on costs, deployment of capital, and risk management.

We will deepen relationships with our clients, partnering them in their strategic objectives and aspirations.

These strategies are hardly the result of a ‘Eureka’ moment. Coupled with consistent execution, they have proven to be the pillars of our success over the past decade. Sometimes more of the same, and being boringly consistent, is not a bad thing.