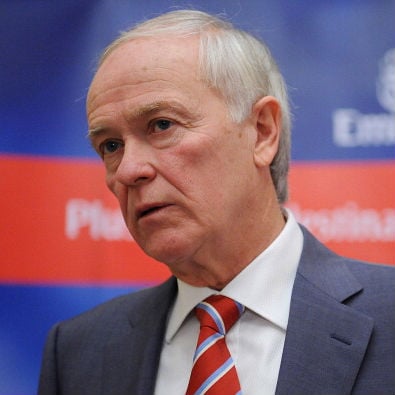 At Emirates, we entered 2013 on the heels of one of our most aggressive growth spurts to date.

Infrastructurally, Dubai is in a healthy position, thanks to the vision of our leaders. But the airline industry still faces deep challenges, exacerbated by ailing economies, with problems spilling across borders and indeed continents.

The price of fuel will continue to be a thorn in our side. Unless airlines move to become more efficient and eliminate unnecessary costs, more will be consigned to aviation’s graveyard.

But when fuel represents more than 40 per cent of our operating costs, there are only so many ways to turn.

Some airlines have delved into the derivatives market, but at Emirates, we will stick to our no-hedging strategy. If the situation with fuel prices was serious before, it is now critical, and I doubt the airline industry could bear the brunt of another cost escalation.

I have long believed oil prices are being spiked by speculative greed – perhaps the time has come for those distorting the market to take note of the devastating effects of their actions.

A further economic vulture for the weak is the European Union’s carbon emissions trading system, an ill-conceived and unfair political revenue machine, which adds yet more to our costs.

As ever though, we will plot a course through the difficulties that lie ahead. We have much to be optimistic about.

The new year sees our position as the industry leading A380 operator reinforced with the opening in Dubai of the world’s first purpose-built A380 concourse.

Our strategy will remain as before, focusing on our own growth, connecting cities, regions and continents, while offering unbeatable value for money.

We launched 15 new destinations in 2012 – Warsaw and Algiers will be amongst our new points to kick off 2013.

With our recently announced partnership with Qantas, passengers travelling to and from Australia route will get an even better deal from 2013.

A total of 98 weekly flights will leave Dubai heading Down Under, subject to approval from the regulators of course.

A key strength for Emirates is the diffusion of risk throughout our vast network, enabling us to stimulate business between far flung city pairs; Guangzhou- Dar es Salaam, Shanghai-Sao Paulo and so it goes on, exploiting the east-west connectivity of Dubai’s extraordinary hub. As shifting global patterns continue to spring new markets and we watch the rise of countries such as Brazil, India and China, 2013 will be another year of opportunities.