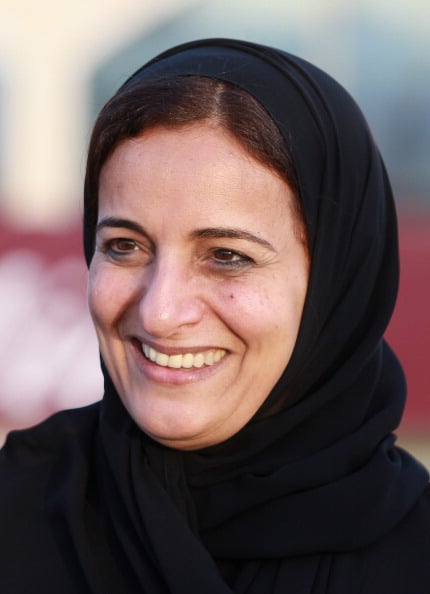 It is no accident that the UAE has now emerged as a major international trading hub. The UAE Government, in fact, gives top priority to foreign trade as a catalyst for socioeconomic growth, taking full advantage of the country’s strategic location at the crossroads of trade flow between the East and the West.

Foreign trade indeed plays a very important role in the economic diversification strategy of the government, as reflected by the substantial inroads we have achieved in modernizing our customs procedures as well as our logistics and transport infrastructure.

The UAE’s growing status as a vital link in global trade has been reaffirmed by reputable institutions worldwide. The International Bank for Reconstruction and The World Bank, among many others, have lauded the UAE Government for its successful efforts in cultivating a business environment that promotes the sustainable growth of the trade sector.

In particular, the UAE was commended for its exceptional efforts to streamline document preparation, reduce time to trade, and drive down transaction costs.

The UAE’s foreign trade policy has been developed based on the philosophy of economic openness to the world and positive interaction with trade partners.

Building on this philosophy, the UAE has successfully established itself as a regional pioneer in economic openness, gathering support from its Arab neighbors to establish the Arab Free Trade Zone Agreement along with several bilateral trade agreements with other countries. Moreover, the UAE’s membership to the World Trade Organization was an equally important step towards enhancing the reputation of the UAE as a key player in global trade.

At least 63 agreements have also been signed by the UAE to avoid double taxation, a strategic move that further strengthened the UAE’s reputation as a lucrative trade and foreign investment destination.

Moreover, in conjunction with the development of advanced air, land and sea transport infrastructure, these agreements have opened more trade avenues for the UAE, while strongly influencing the growth of related sectors such as tourism, manufacturing and foreign investment.

Further strengthening trade relations with countries in the Arab region and beyond, the Ministry of Foreign Trade has also set up trade offices in different countries and continents, underlining the Ministry’s commitment to diversify and expand the geographical reach of the UAE’s trade activities.

The Ministry has also organized various trade missions and facilitated the participation of UAE companies in international trade exhibitions, with the aim of showcasing Emirati ingenuity, creativity and excellence across a diverse range of industries.

In 2011, we took another important step towards strengthening strategic alliances worldwide with the launch of the trade relations map, which provides access to the most important data, statistics, information on trade and investment, and UAE’s trade relations with different countries.

Further emphasizing our commitment to economic openness and transparency, the Ministry has issued the 2010 UAE Trade Policy Review Report, which shows the status of UAE trade policy within the framework of implementing visions, goals, objectives and aspirations of the government.

Following the success of the report, particularly in promoting a constructive and fruitful cooperation with all economic entities in the UAE, we issued a new report that was based on the second review of UAE trade policy by the World Trade Organization.

The open skies agreement established with different countries likewise strongly contribute to the UAE’s growing reputation as a major global trade hub. A report by the International Civil Aviation Organization (ICAO) shows that the UAE now ranks second worldwide in terms of number of open skies agreements, with 77 countries now connected to the UAE out of a total of 155 air transport agreements.

The successful foreign trade policies that have been instituted by the Ministry have also greatly benefited different sectors in the UAE. To illustrate this point, let us look at the UAE’s manufacturing sector, which has achieved a growth rate of 79.1 per cent from 2002 to 2011.

The manufacturing sector has been a direct beneficiary of the sustained influx of foreign investments in the country. Multinationals and international investors have been attracted to the UAE’s tax-free environment, economic incentives, world-class free zones, single window approaches to setting up business, and access to a skilled and cost-competitive workforce.

The successful bilateral trade agreements undertaken by the MoFT has also largely contributed towards establishing the UAE as an ideal manufacturing and distribution base catering to different markets in the Middle East and around the world. We have focused on the strategic advantages of the UAE in our continuing efforts to establish trade alliances and attract foreign investments.

In particular, we highlighted the fact that the UAE offers direct trade access in South Asia, Africa and the Middle East with a combined consumer base of over 300 million people. Moreover, around one-third of the world’s population is just hours away from the UAE, making it a strategic hub for any business looking to expand its global market reach.

The UAE has clearly maintained its status as a frontrunner in global trade. In fact, the UAE has received very encouraging feedback from multinational companies in the Middle East, USA, Europe and Asia as well as those belonging to the influential BRIC economic bloc (Brazil, Russia, India and China).

This strongly reflects the success of our foreign trade strategy and the growing global appreciation for the exciting possibilities that the UAE offers to foreign investors.

Moving forward, the Ministry of Foreign Trade will remain firmly committed to further strengthening the UAE’s competitive edge by introducing positive reforms and identifying new avenues to expand our strategic partnerships with our trade partners in the Middle East and around the world.

In particular, we will be looking at emerging growth sectors such as renewable energy, digital applications, and advanced technologies, which have a major impact on the long-term socioeconomic development strategy and economic diversification agenda of the UAE Government.