What If The Caution Of The 'Super Rich' Ebbs? - Gulf Business 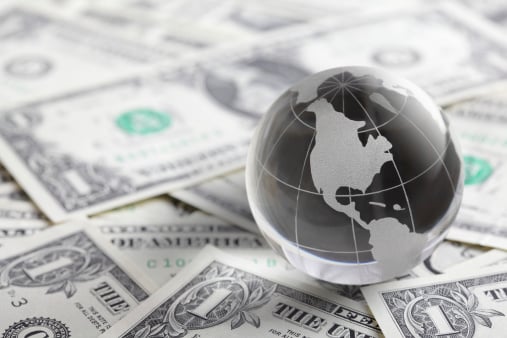 Their persistence may have, counter-intuitively, prolonged the buoyancy of those very assets in the process – helping to inflate the outsize wealth of the super-rich further.

With the debate about rising inequality re-invigorated this year by French economist Thomas Piketty’s best-selling book on ballooning wealth gaps, the spending and savings behaviour of the so-called “plutonomists” has rarely seen more scrutiny or had more influence on the economy and markets.

Political clamour for redress through greater taxation of asset incomes, rents, gifts and inheritances may well build. But few expect much change in the rising wealth of the richest one per cent of households or the 0.1 per cent deemed ‘high net-worth individuals.’

Yet as stock markets barreled to record highs – with the MSCI’s all-country index up almost 30 per cent over the past 18 months – investment advisors estimate up to 40 per cent of their money remains un-invested and is still parked in deposits.

As the latest equity market surge began early last year, a benchmark survey by CapGemeni and RBC Wealth Management had average cash or deposit holdings among those global wealth investors at almost 28 per cent – more than the 26 per cent held in equity or some 20 per cent in real estate.

Defining the richest 12 million savers as those with more than $1 million in investible assets – excluding their primary residences and collectibles – the survey’s high cash holdings may simply reflect a preference for banking large slices of wealth rather than risking it in volatile markets.

And, to be sure, returns on the 70 per cent of other investments would have paid handsomely enough anyway.

Yet the survey’s cash levels are more than twice the levels registered in the equivalent survey from the height of the pre-crisis go-go years in 2006 and 2007.

And with near-zero interest rates meaning deposits are losing money adjusted for inflation and with broad market volatility at multi-year lows, the caution is remarkable.

What’s more, other surveys and anecdotal evidence suggest cash holdings remain elevated or have actually risen over the past year.

A survey of more than 4,000 rich investors – those with more than $200,000 to invest – conducted at the turn of this year for asset managers Legg Mason showed 26.5 per cent held in cash. An estimate by Wells Fargo puts cash holdings among the wealthiest clients as high as 40 per cent.

Brian Jacobsen, portfolio strategist at Wells Fargo Asset Management, said equity markets rallied so quickly after the credit crash that by the time many of these individual investors felt comfortable enough going back in, both equities and bonds had reached levels they felt were unsustainable.

Retirement and other demographics added to that caution.

“I can’t tell you how many times I go to client events where people say after a 10 per cent correction, then I’m going to allocate,” Jacobsen said. “But you might be waiting for Godot.

“Precisely because there are so many people waiting for that pullback, it may become a self-destructing expectation. You see a five per cent move like we did have and people just jump in – and you don’t ever get to the 10 per cent move down.”

Piketty’s book envisages soaring inequality and wealth gaps as returns on assets outstrip economic growth to such an extent that the ratio of private wealth to national income rises to 1910 peaks of 500 per cent by 2030 from about 440 per cent now.

To the extent that asset inflation has been stoked by the easy-money policies designed to stabilize the world economy after the crash, central banks find themselves squarely in the firing line for fueling inequality for the sake of job creation.

The cash-hoarding behaviour of the rich tends to blunt that accusation. Yet, how central bank policies in turn affect that behaviour may still have far-reaching consequences.

For a start, a headlong dash by wealthy investors to pumped- up markets at this juncture could well create the sort of bubble they and central banks may have good reason to fear.

Bank of America Merrill Lynch strategist Ajay Kapur coined the term ‘plutonomy’ in 2005 when he was at Citi and describing economies dominated by a growing but small cohort of super rich. He reckons any easing of post-crisis caution among the plutonomists could have a profound effect on the world economy.

“If plutonomists get over the shock of the global financial crisis, take comfort in their vastly expanded wealth from QE-driven asset inflation – and reduce their saving rate that doubled to 38.2 per cent after … 2008 – the U.S. current account deficit could expand again – a big positive for emerging markets.”