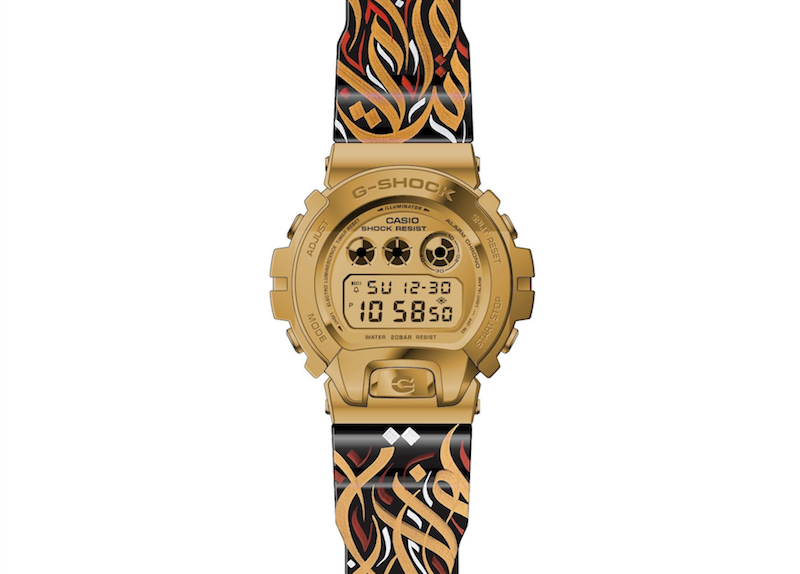 For this collection, it teamed up with Arab Watch Guide and invited two prominent regional artists to compete to create a timepiece inspired by the Dubai ruler’s words: “This time shall pass.”

The two artists – calligraphy specialist Diaa Allam and digital visual artists Stephany Sanossian – then competed live on a Zoom session to customise the strap design of a G-SHOCK.

The session was reportedly viewed by over 3,000 people who then voted on their choice of strap.

While Sanossian chose to depict a skyline of Dubai on the strap, Allam covered it with his signature calligraphy.

Allam’s design was voted as the winner and it was then produced as a limited-edition collection sold through the Arab Watch Guide’s online store across the MENA region.

The timepiece sold out in ten minutes.

“This was my third collaboration with G-SHOCK Middle East in two years and the most successful one to date. The idea behind this edition was to showcase our solidarity in tough times and our ability to keep creating and innovating. The success was unprecedented; in a matter of hours, over 3,000 watch aficionados had voted for their favourite design, texting to order their piece even before the voting had ended,” said Hassan Akhras, Founder of Arab Watch Guide.

Of all the money earned from the sale of the timepiece, 30 per cent was donated to the Emirates Red Crescent to support the community during this Covid-19 crisis.

“The contest between the two artists allowed us to continue our support for emerging talents, providing them with a platform to showcase their artistic skills. The ‘making of’ the watch strap design was not just a unique moment but a world first that brought entertainment to over 3,000 watch connoisseurs within our community and allowed all to be part of the G-SHOCK creative journey,” added Koji Naka, Managing Director at CASIO Middle East.