Cashing out? The future of payments | UAE News 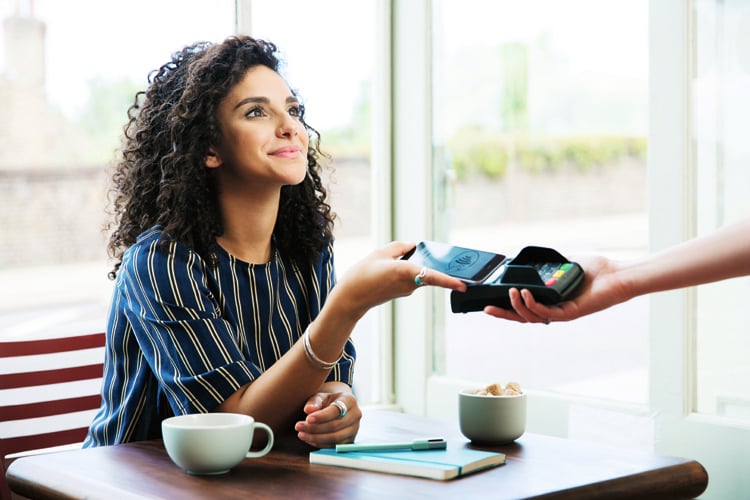 The rate of change in the payments industry has accelerated in recent years, with technological advances altering the landscape in new and innovative ways.

The overwhelming dominance of cash payments in the region has gradually diminished over the years, in tandem with the increasing proliferation of smart technology, digital payments and mobile penetration.

And as cold, hard cash has given way to machine transactions, so now are card terminals evolving to make way for device-oriented payment methods. The launches of Apple Pay, Samsung Pay and Amazon Pay have been instrumental in this change.

Indeed, so fast is the cashless charge that the UAE aims to become a cashless society by 2020. An aggressive ambition but an indication of the pace of change not just in the GCC or Middle East, but around the world – and a change that is reflected by growth.

“The payments industry is globally estimated to grow at 7 per cent CAGR and is expected to continue this growth trajectory, driven by digital and mobile payments, cross-border transactions and supply chain finance models,” says V. Ramkumar, senior partner at Cedar Management Consulting International.

“The growth is expected to be sustained – both with consumer preference, investments by industry players, and also by a strong government push.”

Digital developments dominate the payments landscape – both in terms of the technology being built by providers and the backdrop against which they are operating.

The continual advances of e-wallets, mobile payments, NFC (near field communication), e-tailing, real time transfers and more, have made their presence felt – doubtless thanks to the GCC’s mobile phone penetration which was recorded at 228.3 per cent in Q1 last year, with 19.8 million subscriptions.

This has reinforced the move away from cash payments, helped by a number of elements, says Ozgur Ozvardar, vice president and general manager of Verifone MENA.

“Everywhere in the world we see a trend moving from cash to non-cash instruments,” he says.

“There are many reasons behind this such as security concerns, cost of holding cash and innovative technologies helping to make non-cash transactions easier.

“With advancement in security technologies such as encryption and biometric authentication, digital payments are attaining optimum reliability.”

The VP adds that governments are playing a central part in going from cash to cashless.

“From adapting regulations to implementing cashless payment options for different government services such as utilities, there is scope for rapid growth when governments are on board,” he says.

One of the biggest headline-grabbing topics for the industry, however, has had little to do with regional governments – the evolution of Apple, Samsung and Amazon’s involvement in payments. Their rise is dubbed a “new revolution” by Ramkumar – especially Amazon’s mobility offerings.

“For instance, its partnership with First Data and Clover POS is now allowing its customers to avail direct payments in restaurants using the linked Amazon account,” he says.

“The advent of application programming interfaces (APIs) also allow for players such as Amazon to integrate directly with the bank accounts of its customers, enabling a host of new services and offers that did not exist before.

“The advent of mobile payments and the arrival of new players brings with it new payment approaches. What this means is that existing players may need to find ways of collaborating and co-existing.”

Another major development in the payments industry has been the use of biometrics, and according to Moath Ismail, vice president of digital banking for the CISMEA region at Gemalto, this will need to feature in providers’ and financial institutions’ thinking in the months to come.

“In a short space of time, biometric identification has been introduced and readily adopted by end users in a variety of different applications,” he says.

“The most obvious and influential is undoubtedly the use of fingerprint and facial recognition to unlock smartphones, but that’s certainly not the whole story. For example, biometric identification is increasingly commonplace at e-passport gates, and some forward-thinking banks are already enabling their customers to authorise transfers via a selfie based on facial recognition, or withdraw cash from an ATM with a palm scan.”

Developments such as these are changing the way industry players need to think about their offerings, and in its 2017 report Driving the Future of Payments, Accenture Consulting highlighted 10 ‘mega trends’ that are set to big influencers on the industry in the coming months.

Among the trends they identify are those they label: gen Z rising; UX is the new gold; mobile hits its groove; rewards revolution; the network effect; fintech and bank fusion; an arms race in code; payments everywhere; fraudsters innovate too and rip and replace required.

‘Gen Z rising’ refers to the next generation after ‘millennials’ who will make up around 40 per cent of all consumers by 2020. The report shows that 68 per cent of this demographic are interested in instant person-to-person payments –  more than any other age group, and a big indicator for industries players as to how they should be developing their products and services.

‘UX is the new gold’ highlights the growing importance of customer experience as a prime competitive differentiator, while ‘mobile hits its groove’ reveals that mobile payments are truly coming into their own, with 64 per cent of consumers planning to use a mobile wallet in 2020 – up from 46 per cent last year.

The trend ‘rewards revolution’ shows that consumers are willing to switch payment cards to get more rewards; ‘the network effect’ emphasises the importance of collaborations between banks and connected networks; and ‘fintech and bank fusion’ makes clear how vital partnerships between fintechs and banks are in driving payments innovation.

The remaining trends focus on the potential disruption of ever-evolving coding, the possibility of payments being made between anybody and on any device, the growing sophistication of fraudsters, and the changes that will be necessary to speed up transactions.

For customers, perhaps the key challenge within these trends, and across the entire payments ecosystem,
is that of security – especially with the proliferation of digital technology.

Indeed, the Financial Institutions Risks Survey 2016 conducted by B2B International and Kaspersky Lab found that one in four customers of banks have been victims of financial fraud in previous year – a startling figure that highlights how commonplace security issues can be.

“This reality represents a challenge to the end user who will not typically know how their information is stored by businesses, or know the security measures upfront,” says Amir Kanaan, general manager for the Middle East at Kaspersky Lab.

“Storage of this information should be a critical business priority, ensuring that access to this database is strictly controlled within the organisation, and absolutely not possible from outside.”

And it is not just customers who suffer from security issues, says Kanaan. Companies endure adverse effects, too.

“The concern has moved from the IT-level to the C-suite. The willingness for a customer to transact with a business has long been linked to trust, and in today’s world, with a greater number of transaction modes, this is amplified significantly.”

For service providers such as Verifone, security is always a high priority, claims Ozvardar, who says that they continually innovate with secure point-of-sale terminals, as well as providing “additional layers of data protection such as end-to-end encryption and tokenisation”.

He adds: “Verifone’s team includes some of the world’s top payment security experts, who work with clients on a regular basis to advise them on emerging threats from cyber criminals, and to further safeguard consumer information.

“Payment security is our number one priority and we tightly integrate security into every part of our business, with our terminals and services having the latest security certification.”

The chief executive of OMA Emirates Group, Niranj Sangal, agrees that security is a key challenge for industry players, emphasising the importance of compliance.

“Moreover, whether it’s ‘big data’ or Internet of Things (IoT), compliance plays a critical role. We make sure that we are absolutely ready before we go to market – even if it means engaging with additional levels of testing and research and development.”

Banks are also at risk, with a recent Gemalto survey finding that 49 per cent of UAE customers would switch if their lender had been breached, emphasising the importance of security.

But for Sangal, these longer-established players still hold an advantage over newcomers in the broader scheme of things.

“With payments becoming more digital, most consumers prefer to trust the traditional players such as banks to share the most information, as long as they ensure protection is in sync with the public’s growing demand,” he says.

In an era where change is fast and developmental leaps are large, payments are evolving at a startling pace. Traditional ways of doing business are increasingly giving way to new and innovative methods, but the perennial apprehension towards security looks likely to remain front of mind for all those using, developing or providing payment methods.

In the coming months, it will be interesting to see how the industry will marry this longstanding concern with today’s emerging trends as we move closer and closer towards a cashless economy.