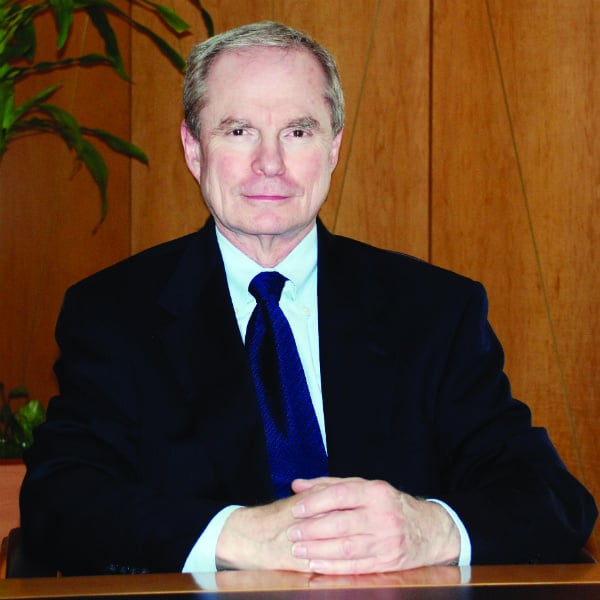 The Middle East and North Africa region – and the Gulf Cooperation Council in particular – has set ambitious goals for growth and development to withstand challenging economic conditions that are being witnessed across the globe.

These goals are in line with diversification plans that have been made while the region continues to witness a number of geo-political, societal and economic changes which are also leading to lasting, long-term impact on the area.

In order to move forward, ensure true progress and promote economic growth and innovation in the Arab world, it is essential that leaders from both the public and private sectors refocus efforts on areas that will provide the tools necessary for implementing ambitious targets. Higher education is essential to achieving these goals and, despite there being a clear priority by many governments to fund education, research and development, there is room for further growth and improvement in this sector.

Regionally, there is a lack of literature about educational investment and its long-term impact on economic progress, but globally there are a number of examples of how it can lead to high returns for countries that embrace it – even if the results take a while to materialise.

One example in the United Kingdom is the Centre of Materials Discovery, based in the University of Liverpool. The centre focuses on knowledge transfer to the industry and the academic community on throughput materials discovery. It has provided a number of economic benefits to the Merseyside region, such as creating 245 net jobs, assisting 27 small and medium-sized enterprises and ultimately providing £5.85m net value added to the region in 2010.

In the United States, there is clear historical evidence of how investments in research have had profound economical outcomes. For instance, investments in the National Science Foundation (NSF) resulted in the creation of Google, and major breakthroughs in vital sectors such as advanced electronics, computing, digital communications, clean energy, nanotechnology, and other areas.

Overall, the NSF received a 2016 appropriation of nearly $7.bn, of which more than $6bn is directly for research and related projects.
Investments in the Defense Advanced Research Projects Agency, which amounted to nearly $3bn in 2012, benefited the whole world with products such as the internet, GPS and Siri.

These examples, and many more, were included in the approval by President Obama of $152bn in funding for the 2017 federal research budget – a 4 per cent increase from 2016.

There is a clear link between investing in higher education and R&D, and achieving long-term economic benefits. Increased R&D sets off a domino effect, creating new technologies and innovations that will raise efficiencies and methods of conducting work in the business world. This in turn expands business scope for companies, thereby creating new jobs, reducing unemployment, and ultimately benefiting the overall economy.

If we look at Europe’s 2020 Strategy, we see that five main targets are highlighted. Research, development and education have been set among these top priorities for the continent in the coming years, confirming their widespread importance.

Within the MENA region, significant investments in higher education are already being made. Expenditure in this sector, according to a recent study published by Al Masah Capital, currently stands at $128bn. It is expected to almost double by 2020 to $237bn.

While these figures provide a positive indication for the higher education sector, the region still faces a number of significant socioeconomic challenges, which have a negative effect on economic progress.

Research by Bayt.com and YouGov found that youth unemployment in MENA is the highest in the world. This is a serious threat when paired with the fact that the region’s population is expected to increase to around 600 million by 2025.

Furthermore, employers also are unable to find suitable talent. Over half of the companies surveyed in the same study felt that they did not have sufficiently skilled employees to reach their annual goals. These are clear obstacles to the diversification efforts that are being implemented in the region, and need to be addressed if the Arab world and the GCC want to achieve their sustainability goals.

The UAE presents a perfect example of a country that has recognised this fact and has made notable strides in bridging the gap between its macro plans and the skills-set possessed by its youth. The recently launched Abu Dhabi plan, for example, consists of 25 goals and 83 programmes. One of its aims is to produce a ‘promising educated generation contributing to the service of the country and the society’. A great focus will be placed on raising skills-sets to match market needs and in driving research and innovation. Non-profit network Education for Employment has also set up a regional branch office in the UAE to help raise skill levels in the region.

Sharjah has also launched AUS Enterprises to develop projects for the American University of Sharjah including the Research, Technology and Innovation Park, which is aimed at fostering collaborative research between AUS and regional and global partners as well as promote general economic development for Sharjah.

As diversification efforts move forward, it is essential to develop a generation of skilled individuals who are able to support their countries in vital sectors. The only way to achieve this is by enhancing higher education curricula, making sure they are relevant, realistic and applicable in the real world.

It is encouraging to see, therefore, that there has been a notable increase in R&D budgets across the GCC. In 2014, R&D investment pertaining to petrochemicals amounted to $529m, according to the Gulf Petrochemicals and Chemicals Association. A total of 2.8 per cent of Qatar’s gross domestic product is invested into scientific research, surpassing developed countries’ average allocation of 2.5 per cent.

As more investments are made in developing research and innovation, a greater collective effect will be made on the overall economy of the region. What is also equally significant is investing in research and measurement tools to quantify the impact of these investments on the economy, and to create more dialogue about this topic in the public domain. This will eventually lead to greater adoption among decision makers and leaders in the region, benefitting us all in the long run.