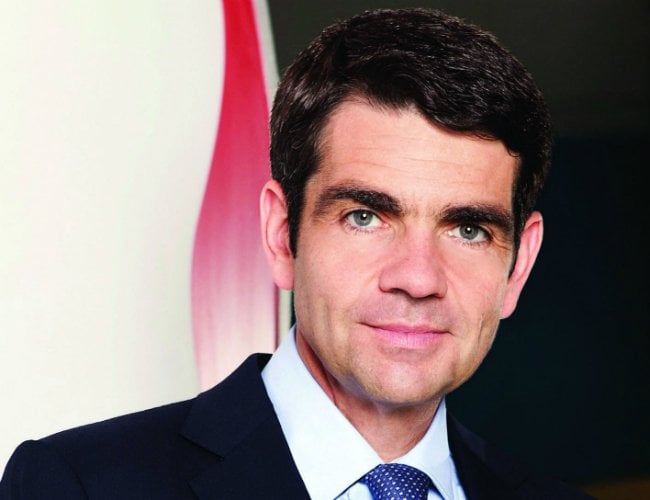 Cartier maker Richemont made Jerome Lambert chief executive on Monday, handing the luxury goods veteran the task of continuing to take the group, in particular its watch brands, digital.

Richemont, also known for its IWC and Piaget watches, scrapped the CEO role a year and a half ago, when Richard Lepeu retired, appointing instead a senior executive committee.

The appointment of Lambert, which coincided with the announcement of a 10 per cent rise in constant currency sales growth in the five months to August 31, was read as a sign Richemont controlling shareholder and chairman Johann Rupert is now confident enough to step back from day-to-day management.

“Jerome’s new role sees him taking responsibility for the Group’s future growth at a time when consumer habits are changing significantly,” Rupert said in a statement.

Lambert, who steps up from his role as chief operating officer, was seen as a leading contender to take on the CEO role after Georges Kern left to lead rival brand Breitling.

Rupert did not elaborate on the changes, but a recent management overhaul and the acquisition of online distributors Yoox Net-a-Porter and Watchfinder.co.uk have made it clear that making Richemont’s watches fit for the digital age is key.

Lambert would work with the heads of Cartier, Van Cleef & Arpels and the group’s finance head on the senior executive committee “to ensure a coherent approach to achieving our common goals”, Rupert said.

“Rupert clearly doesn’t see a major crisis on the horizon”, Jon Cox of Kepler Cheuvreux said, adding the appointment indicated Rupert would revert to his role of chairman.

Richemont said strong sales at its jewellery brands, Cartier and Van Cleef & Arpels, particularly in Asia Pacific and the Americas, helped overall sales rise by 10 per cent in constant currency in the five months to August 31.

Including YNAP and Watchfinder, constant currency sales jumped by a quarter to EUR5.67bn ($6.54bn) in the five-month period, the Geneva-based group said.

The company, which holds its annual general meeting later on Monday, said it saw growth in all regions except for the Middle East, with double digit increases in Hong Kong, Korea and Macau and “good growth” in China.

Sales at its watch brands only rose 4 per cent as Richemont continued to adjust inventories by buying back unsold stock from retail partners, a development Vontobel analyst Rene Weber called “disappointing”.

Richemont shares, which have lost 7 per cent of their value so far this year, were up 1.4 per cent at 7:56am GMT.