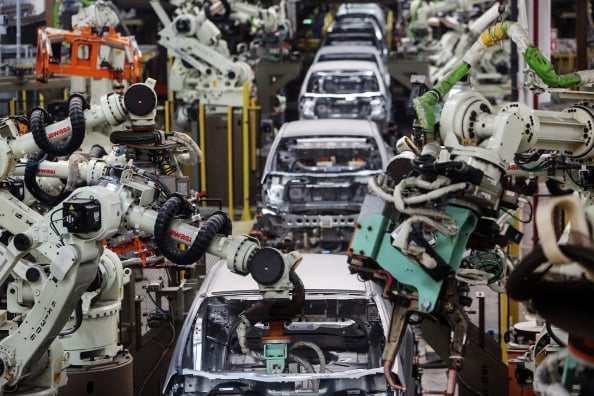 Rapidly growing populations and rising incomes will drive an enormous rise in car use and greenhouse gas emissions across Latin America, Africa, the Middle East and Asia by 2050.

But deliberate policy choices about urban planning, road building and the provision of public transport will determine whether the increase is manageable or becomes a nightmare for congestion and climate change.

Car use in the developed economies of North America, Europe, Japan and Australasia appears to have decoupled from economic growth and in some may have slowed down.

But in fast-growing emerging markets, car use will develop in line with GDP unless policymakers provide a strong steer in the opposite direction, according to the OECD’s International Transport Forum (ITF).

By 2050, car use in the developed economies is predicted to be around 55 per cent higher than in 2010. Economic growth, fuel prices and planning policy are unlikely to affect the outcome much.

In emerging markets, however, car use is projected to rise between four and 6.5 times. The outcome is critically dependent on oil prices as well as choices about land use, public transport and road building, according to the ITF’s “Transport Outlook 2013”.

The United Nations forecasts that the world’s population will rise to around nine billion by 2050, from 6.8 billion in 2010. The share living in cities will climb from 50 per cent to 70 per cent.

Most of this rural-urban shift will occur in the developing world; of 2.7 billion additional urban dwellers by 2050, more than 90 per cent will live in developing countries.

With middle-income status comes a sharp increase in demand for travel to work as well as for leisure and to visit friends and family. So the rising population, coupled with a big increase in the number of middle-income individuals, is set to drive an enormous increase in transport demand.

But car use in future is not something policymakers have to accept passively. It will also be determined actively by the choices they make about land use and transport funding.

“High concentration of population allows urban agglomerations to offer transport alternatives to private vehicles,” the ITF explains. “Providing public transport services tends to slow down the increase in car ownership and use as incomes grow.”

“Cities hence have the potential to embark on a less private ownership-oriented pathway and rely more on other modes to meet growing mobility demands.”

The ITF therefore concludes global passenger trends will be defined by the modes of transport used in urban areas, especially in developing countries.

Energy analysts often assume car use and fuel consumption in emerging markets such as China and India must take the same course as in developed countries like the United States, Britain or Germany.

But that ignores huge differences in the level of urbanisation, population density and car use among developed countries and even within them.

There is no single model of car use and fuel consumption in the advanced economies. Even in the United States, where car ownership is sometimes portrayed as a matter of personal freedom, enormous variations exist.

More than 56 per cent of households in New York City did not own a car in 2012. Roughly a third of households were carless in Washington, Boston, Philadelphia, San Francisco and Baltimore, and about 20-25 per cent in Chicago and Detroit.

But car ownership was over 90 per cent in Houston, Dallas, Fort Worth, Jacksonville, Phoenix, Austin, Nashville, Charlotte and San Diego, according to a series of research papers published by Michael Sivak at the University of Michigan’s Transportation Research Institute.

Even in the United States, some cities have a strong public transport system while others are dominated by the private car.

TO SPRAWL, OR NOT

Patterns of land use and transportation are partly a matter of public policy as well as private choice. The ITF explores the consequences for future transport demand in a case study about Latin America.

Latin America is already highly urbanised. Four-fifths of the region’s population lives in urban centres, which is comparable to the United States and a higher share than in Europe. Urbanisation is expected to hit 90 per cent by 2050.

Rapid rural-urban migration between 1950 and 1990 was characterised by a strong concentration of population and economic activity in capital cities.

As a result, the region’s economy is dominated by its cities. Urban centres with a population of half a million or more account for 60 per cent of Latin America’s GDP.

The four megacities with populations of 10 million or more (Mexico City, Sao Paulo, Buenos Aires and Rio de Janeiro) account for 23 per cent of regional GDP.

But not all cities are alike. ITF contrasts the low-density urban sprawl of Buenos Aires and other cities in Argentina with the much higher population density and lower sprawl of cities in Colombia.

Deliberate policy choices about land use, as well as road construction and public transport provision could therefore have a significant impact on future car use, fuel consumption and greenhouse emissions.

In India, China and the rest of Asia, the policy impact is smaller, but it could still affect car use by a factor of around 0.5. Given how large these economies are, and how many potential future drivers they have, the impact on fuel consumption and emissions is enormous.

“The scope for relying on public transport to meet mobility needs is broader in cities than elsewhere,” the ITF concludes. “Urbanisation can result in a lower share of cars meeting transport demand even if urban incomes are higher. However, realising this potential requires supporting policy.”

Pessimists often assume higher fuel demand and emissions are essentially unavoidable if developing economies are to converge with per-capita incomes in the developed world. But the ITF’s analysis shows future car use and fuel consumption levels are in big part a matter of choice, too.