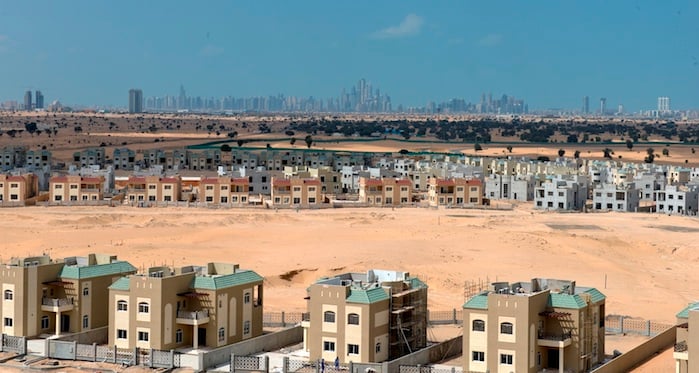 International supermarket chain Carrefour has been signed on as the first retailer for the upcoming mega mall in the Living Legends development in Dubailand, its developer Tanmiyat Global confirmed.

Mohammed Bin Odah, CEO of Tanmiyat Global, said: “We are in negotiations with more leading retailers and are partnering with Delta International Real Estate to manage the project as we prepare to handover the first 150 villas in Q2 2015.

“We are working to provide the owners and future residents with world-class retailers to create a community lifestyle where everything they need is within walking distance from their apartment or villa,” he added.

The 14 million square foot Living Legends project, which was stalled following the property crash in Dubai in 2008, will comprise 500 villas and 12 apartment towers in total.

The development, located in Dubailand, will also feature a community club house, boutique hotel, schools, clinics, an academy and a nine-hole golf course.

Phase one of the project is more than 92 per cent complete, as certified by the Real Estate Regulatory Authority (RERA), a statement said.

Along with the mall, Delta International Real Estate is now also working to pitch the boutique hotel concept to international brands to add more value and increase footfall to the area, the statement added.

The overall project is slated for completion by end-2016.

Several property projects were stalled during the real estate crash in Dubai in 2009, and following recovery in the market over the last two years, some of them have been revived.

In November last year, the Dubai Land Department revealed that atleast 43 stalled projects worth over Dhs10 billion were revived through its property project revival initiatives.