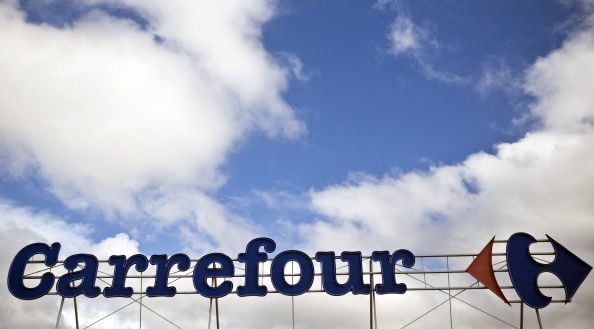 Majid Al Futtaim Hypermarkets, the venture set up in 1995, operates 50 hypermarkets and 44 supermarkets under the Carrefour name in the Middle East, North Africa and Central Asia.

“Majid Al Futtaim…will keep and strengthen the strategic partnership with Carrefour in new countries and new formats,” the company said in the statement.

MAF will keep its exclusive franchise partnership with Carrefour until 2025, allowing the company to operate under the French retailer’s brand name in the region.

Carrefour, the world’s largest retailer after Wal-Mart , sold 2.8 billion euros ($3.60 billion) of assets last year, withdrawing from Greece, Colombia and Indonesia, to raise cash for investments and shore up its balance sheet.

It sold a 12 per cent stake in another joint venture CarrefourSA in Turkey to its partner Sabanci Holding for 60 million euros ($79 million) in April.

Unlisted MAF is keen to expand its operations and is said to be in talks to buy Egypt’s largest supermarket chain from family-owned Mansour Group.

MAF’s retail division had revenue of Dhs17.8 billion ($4.85 billion) in 2012. In a 2011 bond prospectus, MAF said all of its retail revenue was derived from operations of its Carrefour stores.

Earlier, sources told Reuters that MAF was set to acquire Carrefour’s stake in the venture.

MAF is set to issue a hybrid bond – which combines elements of both debt and equity – to finance the transaction, three sources familiar with the matter said. MAF declined to comment.

Financing an acquisition through the issuance of a hybrid bond would be the first such transaction in the region. So far only banks have tested markets with such structures.

Similar issues have carried a higher coupon, which could tempt global investors amid current low yields across emerging market bonds.

IFR said on Wednesday that MAF, rated BBB+/BBB by S&P and Fitch, had mandated banks and that a series of fixed-income investor meetings would be held in the UAE, Asia and Europe starting on May 26.

MAF is the only investment-grade private corporation in the Gulf to have previously issued bonds. The rarity of corporate debt issuance from the region could boost demand for any hybrid issue, banking sources said.