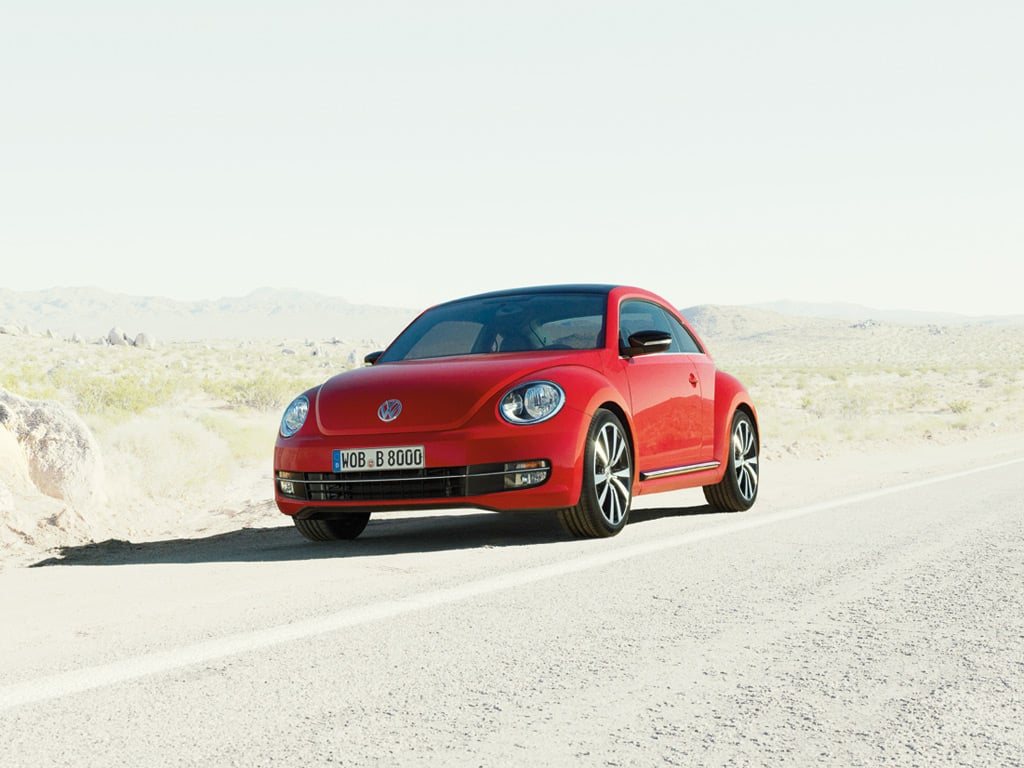 IT’S NO secret that the reincarnated version of the iconic VW Beetle, correctly referred to as the VW New Beetle, was tilted at women when it first hit the market in 1998.

If the bright shades of pastel yellow, lime green and pink that were offered from the factory at the time didn’t tell you, then the vase on the dash, complete with a plastic flower should have left you in no doubt.

That version of the Beetle sold a storm, especially across the United States where its waiting list stretched for years while guys were enticed into the Golf GTI.

But what if you merged the Golf GTI and it’s brawny 2-litre, turbocharged engine with the Beetle and wrapped it in a new body that was less comic book and more custom street rod, with a more universally accepted interior and good handling.

That is the new VW Beetle Turbo for you.Volkswagen houses one of its key design studios on the West Coast of the United States in Santa Monica. And you can clearly see the influence of the heavy California car culture in the 2015 Bug.

While the previous Beetle paid homage to the original classic with its retro-inspired themes and then added a smiley mouth shape and bubble profile, this newest version has gone down a completely different path.

It now features a flatter roof with lower, rectangular side windows giving it a look that’s supposed to be less egg-shaped and more chop-top, 1950’s Californian hotrod. It is lower, wider and flatter and if you look closely around the rear taillights from the three-quarter angle, there’s also a hint of recent Porsche 911 styles.

Equally important for the LA design team was to tackle the interior and bring it into line with current tastes. So out goes the vase and the quirky nuances of the former generation and in comes a sophisticated, modern interior that’s in keeping with Volkswagen’s corporate look.

The Middle East gets the DSG six-speed, dual-clutch auto only, which is fine by me as it proved to be more adept and ready to respond than the three-pedal version that was also available to try.

With its lower ride height and wider track, the Turbo hugs the road like a dream. Throw in the 210bhp GTI turbo engine and dare I say, it was a fun toy to boot around some winding roads during my few days behind the wheel.

The Turbo offers a clean surge of torque that is no doubt aided by its direct injection, variable valve intake timing and the long stroke-narrow bore layout from the always rewarding EA888 four-pot engine. This means it loves to overtake with plenty of punch and sounds great too. Top speed is quoted at 227kmh and it gets from zero to 100kmh in 7.3 seconds.

Loaded up with the R-Line’s sports suspension, I was expecting the Turbo to be pretty tight, but bumps and ruts were taken in their stride and while you will notice the road’s imperfections, the harshness is minimal. Road noise was there but it wasn’t intrusive, and so overall, I would say that the Turbo is a pleasant companion for those long-distance road trips on California’s Big Sur.