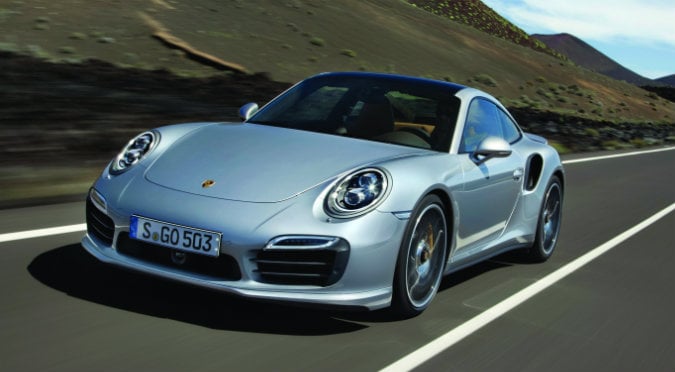 It’s the sound. It can only be a Porsche Turbo. It has such a distinctive shrill from behind my left ear that as I bury the throttle, I can’t help but feel a tingle down my spine.

There’s something very special about driving a Porsche Turbo. It’s been a poster car for four decades and has stayed true to its original design ethos of being rear-engined and powered by its now famous, flat six- cylinder, twin-turbocharged power unit.

The details may have changed wildly in that time with water-cooling and PDK transmissions on the newest models but the basics remain relatively unchanged – this latest Turbo S only takes things a step further.

Lurking in the background of the current supercar wars between Ferrari, Lamborghini and McLaren, the Porsche Turbo has been, in a sense, a victim of its own success because while the newer players grabbed the limelight, it’s often been easy to overlook the venerable Porsche simply because it’s always been there.

Yet it’s worth being reminded of the vital figures, particularly in relation to this latest iteration, the Turbo S, which has been beefed up again, albeit ever so slightly, over the regular 991 Turbo.

Zero to 100kmh in 3.1 seconds and a top speed of 318kmh is nothing short of eye- popping from a 3.8-litre, six-cylinder engine that develops a whopping 560bhp.

Visually, the Turbo has always been characterised by both its huge rear wing and fat guards. While the wing is a touch smaller than the original “whale tail,” it now raises at speed for full effect.

The rear wing pops up at 120kmh and together with an active front splitter that also extends and drops down at speed in the Sport Plus mode, gives the Turbo S an extra 132kg of downforce over the rear wheels at speeds above 200kmh.

Externally at night, the Dhs659,500 Turbo S can be spotted by the use of full LED headlights that are reserved exclusively for the flagship model.

Standard on the Turbo S model is the Sport Chrono package, which has a natty “overboost” function that provides increased torque and boosts maximum charge pressure by around 0.15 bar for up to 20 seconds in the mid speed range.

This increases maximum torque to 750 Nm and seemingly sends the car into warp drive. When in place, specifically for overtaking on mountain passes and the like, it makes the scenery come toward you at a rapid pace and is truly breathtaking.

Its pistons have been reinforced and modified to ensure that the Turbo S can withstand the higher loads associated when the overboost power and torque modes kick in as peak pressures increase by more than 10 per cent.

There is also a coast mode which disengages the clutches when the car coasts at highways speeds, effectively dropping it into neutral and dropping the engine to idle speed for significant fuel savings.

Those familiar with Porsche’s ergonomics will be happy to know that paddle shifts are now used on the steering wheel instead of buttons returning a much more intuitive feel when shifting through the stunningly good, seven-speed PDK transmission.

Used widely across the Porsche range, the PDK transmission on the Turbo S now also has fuel-saving, stop-start technology, which shuts the engine down at traffic lights, but like all good sports cars, it can be overruled for instant response away from the lights. Which you will be itching to do almost always.