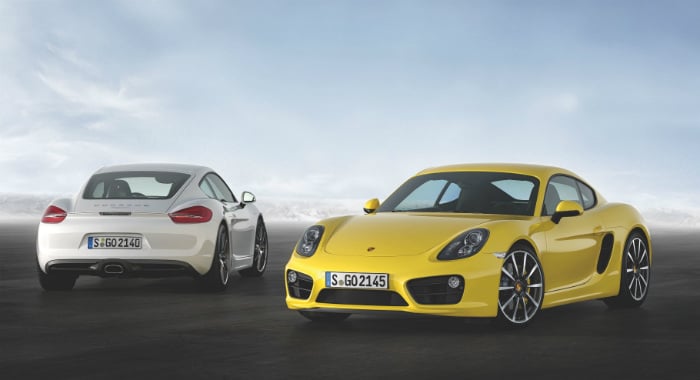 Let’s put this as simply as I can. The new Porsche Cayman GTS is everything I wished its bigger brother 911 were.

While I still hold the 911 in high regard, nothing could take away from the fact that, to me at least, this is a better Porsche.

Over time, with the improvements in what is called the “baby Porsche,” the decision to choose a 911 over the Cayman has become that much harder.

And now with the GTS version, you really have to have a very, very good reason to opt for the 911.

A key message with the new model that the car-maker is trying to send is that the baby Porsche is to be taken seriously as a proper performance car.

To this effect, the standard transmission on the GTS is the six-speed manual, while the seven-speed, dual clutch, PDK transmission with paddle shifts is an optional extra.

If that doesn’t make the point clear, then just a few minutes spent behind the wheel will leave you in no doubt. For one, the ride is significantly stiffer, as it sits 10mm lower, and it moves to a cracking sound track from the twin-pipe exhausts that is like no other Porsche I’ve heard before.

A series of tight, second gear hairpin corners showed up the car’s mid-corner balance and grip out of the turns. Only occasionally did the tail step out, but it snapped back into line just as quickly.

Despite purists (like me) salivating over the prospect of using a clutch pedal and a H-pattern manual gearbox again, a back- to-back mountain run left me in no doubt that technology has made this a better car with the PDK version being the quicker of the two point-to-point.

However, getting the chance to freshen up my heel-and-toe clutch pedal technique and using the old-fashioned H-pattern box with vigour brought a smile to my face and as an avid weekend tourer, I found it to be the more enjoyable of the two to punt around.

Pressing the exhaust button in the centre console opens up the baffles and delivers an outstanding orchestra of crackles, bangs and pops on the overrun that rivals the best that the noted masters of automotive tailpipe symphonies, Maserati and Aston Martin, can muster.

It is the most un-Porsche-like sound I’ve experienced but with emotional touch points like this often being the decisive factor when placing an order, it was a point Porsche had to address.

However, let’s put the Cayman GTS into perspective against the current, base-spec 911 Carrera, which carries the same 3.4- litre, six-cylinder engine and PDK seven- speed box.

That’s a measly 5bhp and 10Nm win to the 911, which on the tarmac equates to a negligible 6kmh top speed advantage and yet it actually loses out to its little brother by 2/10ths of a second to 100kmh.

Knowing how passionate 911 owners are and before the hate mail starts, there’s no criticism of either model as I’d be happy with anything in my driveway that does a low four second and hits 280+kmh, but if I’m not desperate to flash around a 911 key ring, there’s a lot of things I could do with a spare 85k in my bank.