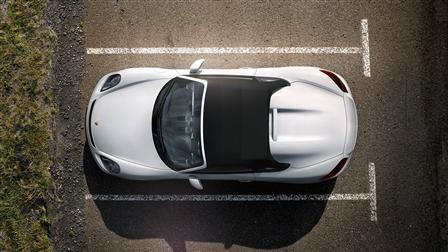 My goodness, a car has never left me with more questions than answers as when I handed the keys of the Porsche Boxster Spyder back.

It is lighter, more powerful, faster, more agile and a lot more fun than the already thrill-a-minute Boxster GTS. But unlike the GTS, I was not thinking about how I could make room for it in my garage.

This is the most powerful car to wear a Boxster badge, taking a leaf out of the Cayman GT4’s book by borrowing the 3.8- litre flat six engine from the current 911 Carrera S.

The big weight saver here is that the electric motor and arms used to raise and lower the roof are gone. These are replaced by manual fasteners that require you to get out to stich it down or stow it. But that is where this car is. It is a proper track day hoon.

Also missing in its quest to shed kilos are the internal door handles, replaced by fabric door pulls, the infotainment system and airconditioning.

Yes, the AC and stereo are in the options column. Both I am sure will be ticked by everyone in the Middle East and thankfully are zero cost additions.

Slim fitting, lightweight seats are also standard and contribute to the 15kg weight saving. However, I found they are better suited to short track-day blasts than daylong country drives, proving a bit harsh after a few hours.

There is no question that advanced semi-auto or automated manuals like Porsche’s PDK system are faster than old-school manuals but nowhere near as fun. So it is a brilliant step by Porsche to
shun the current trend and go back to the H-pattern, six-speed manual with clutch pedal. That alone probably contributes 60 per cent to the fun factor of this car.

If you want to be lazy with the manual box, the 420Nm of torque is outstanding. You can leave it in sixth gear on the motorway and in most cases just plant your right foot to overtake without needing to downshift.

Compared to the regular Boxster, the Spyder sits 20mm lower on the same firmed-up passive sports suspension that is already available as an option on the GTS. Only a tweaked rear anti-roll bar
differentiates the two.

Larger brakes from the 911 have been fitted as has a faster steering rack and a smaller steering wheel. On the tight and twisting roads in the Italian countryside we used for the launch, it came into its own and felt as agile as a racecar.

This is where I felt the Spyder would be at its best, as either a track day car or a weekend mountain warrior. Where its stiff suspension would hug corners and hunker down putting traction to the road. But my mind kept wandering back to most Middle Eastern roads that – with the exception of a few mountain passes – are mostly wide, flat desert plains.

Then there is the obsession with jawbreaking speed humps everywhere. I concluded that the Boxster Speedster is probably not the ideal car for this region’s public roads. At least not as an everyday driver like the Boxster GTS.

It is a fair-weather sports car in the same mold as the Lotus Elise and Alfa Romeo 4C, and is the most un-Porschelike car I have driven. Like all Porsches, it is fast, clocking 4.5 seconds to 100kmh with a 288kmh top end. Being just seven seconds off the time of the GTS around the Nurburgring is testimony to its abilities. It is leaner, meaner, faster and in many ways is the Cayman GT4 without a roof – but could I live with it every day?

No. I handed the keys back with a huge grin after one of the most fun days of driving I have had in recent memory.

However, a car has to be mated to the right road for the equation to work. Thinking of the roads I drive on in the region, I would probably still go with that awesome Boxster GTS.