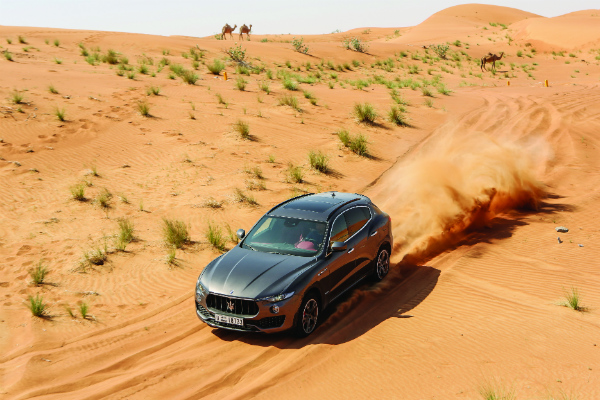 Shortly before the release of the sixth generation Quattroporte, back in 2012, Maserati announced a five-year plan to reach sales figures of around 45,000 per year.

Now, we are all aware that manufacturers have to always plan years in advance, but those optimistic sales figures were greeted in the industry with a healthy dose of disbelief. Maserati had struggled through the 1990s to barely reach 500 vehicle sales per year. And in the slightly better 2000s they averaged about 5,000 units per year. We therefore all questioned the historic Italian marque’s grasp on reality concerning this seemingly unobtainable sales target.

What we didn’t know back then that we do know now is that marque with the Trident had a three-pronged attack lined up. First was the sixth generation Quattroporte, which was followed by the Ghibli, and sales did indeed increase. But just as all of us petrol-heads were getting hopeful and excited about a new coupé hitting the streets to replace the aging GranTurismo, Maserati threw us all a curve ball and dropped a performance SUV in our laps. But it is fair to say Maserati knew what it was doing.

The performance SUV segment is currently a cash cow for car manufacturers and Maserati wanted in on the action. Maserati sales figures for 2016 hit a remarkable 42,100 and by the third quarter of 2017 they had already surpassed that. Not only have a lot of those sales figures been down to the release of the Levante, it has also attracted a completely new customer to the brand as 90 per cent of people who have purchased a Levante are first time Maserati buyers. So, we were all wrong. And Maserati was right and delivered on its five-year plan.

It’s fair to say then that Maserati wants to maintain its current sales success and therefore – despite the Levante hitting the streets barely over a year ago – a new and improved for 2018 model has been introduced to keep it relevant in this highly competitive segment. And, in this segment, it’s all about the latest tech, safety updates and interior trimmings. One of the main changes on the 2018 edition is quicker steering.

Thanks to a shift from the old hydraulic setup to a new rack-mounted electro-mechanical system, there’s now an integration of semi-autonomous lane keeping and crash avoidance systems which, over the last few years, have gone from ‘futuristic tech’ to ‘expected tech’ in vehicles of this segment. The steering has also been tuned to be lighter in normal driving but becomes weightier in sport mode.

Two options are now available, which consist of the GranLusso and GranSport. Both options are available with the 424 horsepower, twin-turbocharged three-litre V6 built by Ferrari but are differentiated by trim. The GranLusso is the slightly more luxurious affair with body-coloured and wood trimmings and also has the option of a fashionable Ermenegildo Zegna interior.

The GranSport is a little more performance orientated with 20-inch wheels, painted brake callipers, piano black trim, sports seats and steering wheel with paddle shifters. It was the latter GranSport that we got to play with on the International Media Test Drive in Ras Al Khaimah.

And we do mean, “got to play with”. The brief road section we traversed allowed us to play with the new lane departure tech et al and enjoy the comfort of the new interior. But really, not that much has changed from the older model Levante and it is still an exceptional luxury SUV with the added bonus of the brilliantly sonorous V6 singing along as a soundtrack.

But the Levante is sold as a proper performance SUV (not a crossover) and Maserati wanted to proudly demonstrate to us its ability off-road in the sand dunes. And we weren’t going to argue.

With the suspension raised 45mm, traction control off and in manual mode, the Levante is surprisingly adept at tackling quite serious dunes with confidence. And also, immense fun.
We might not see a Levante competing at the Moreeb Dune Hill Climb race this year in Liwa, but a camouflaged V8 Levante has already been spotted testing in Europe so who know what the future holds? It’s probably not a good idea to underestimate Maserati again.