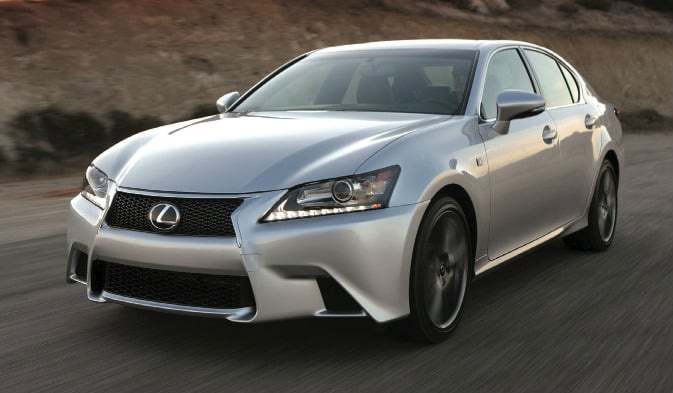 For years, Lexus has been known as the dependable, reliable yet conservative brand. Its lineage to parent company Toyota was obvious and for the financial guys, buying a Lexus made sense as it was a brand which never offended but also never really stood out, so it was a safe bet.

However, a wind of change has sailed through the company and there’s a different feel with the current generation of cars that began with the LF-A supercar.

The LF-A has given Lexus an image which offered a prelude to the F-sport brand that challenges the likes of BMW’s M-badge and Audi’s RS brand. It also showed the world the new design direction Lexus would expand across its model range in the coming years.

I doubt the Germans are too concerned at present about the F badge from Lexus, but then they were quick to dismiss the original LS400 and the marque in general when it launched, which ended up being to their detriment. Sales of the Mercedes S-Class in particular suffered at the hands of the determined Japanese giant.

If you excuse the toe-in-the-water CT200h hybrid, the Lexus GS range is the first model to combine both the new design language and the F badge together on the same car.

Perhaps the most impressive part of the GS350 F-sport during our test was its four-wheel steering system which at highway speed, gives the car a much flatter feel during lane changes.

Initially developed by Honda in the ‘90’s, the rear wheels turn in the opposite direction to the front wheels to aid parking and maneuverability.

It’s easy to be caught out at first as the turning circle is tighter than your brain says it should be as the pivot point of the car moves back from the front wheels to somewhere closer to the front doors.

At speed, all four wheels steer in the same direction which eases lane changing but it takes a while to re-programme the brain as the car doesn’t turn into a lane as you’d expect, but moves into the position more like a crab. It’s a very subtle sensation that’s not noticeable to those outside but you can feel it from behind the wheel.

The 3.5-litre V6 engine develops 312bhp which is good enough to get it to accelerate from zero to 100kmh in a smidge under six seconds and onto an electronically governed top speed of 228kmh.

Being the sports model, I found the transmission and suspension reacted better when placed in the sport setting. There’s Economy, Normal, Sport and Sport + which not only alters the gear change up points but also the suspension settings and steering ratio.

Unfortunately, if you want to save fuel in eco mode you also have to use the softest suspension setting and slowest steering, so unless you’re trying to stretch that last mile to the gas station, leave it in Normal at least.

Sport + is great for when you want to get stuck into you favourite piece of road on a quiet morning, especially when you use the manual shifts.

When using the paddles behind the steering wheel it’s a good overall compromise of a firm ride, but not too stiff with a good feel through the wheel.

Overall, the GS350 F-sport has managed to break the mold by offering a sporty package with intelligent technology like its four-wheel steering system, yet it hasn’t turned its back on possibly the greatest trait Lexus has, and that’s the ability to feel like it’s the everyday man’s luxury car.