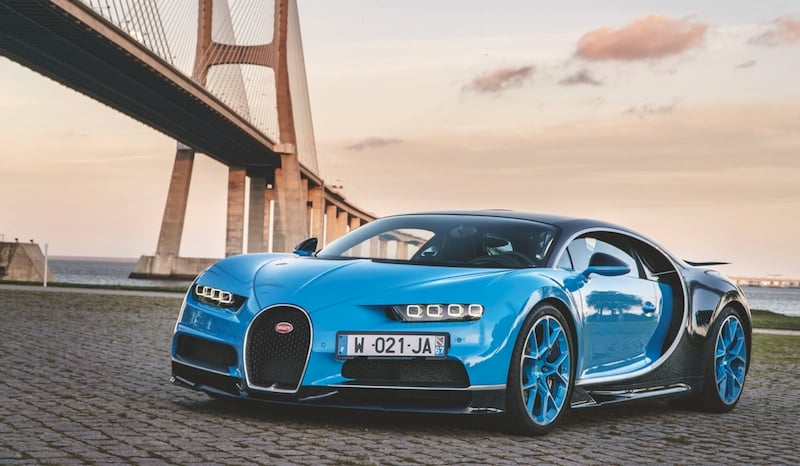 I mean that quite literally: I tried to speak as I planted my right foot and it genuinely took my breath away. The acceleration was so fierce that it compressed my chest and I was physically unable to speak until I lifted off the throttle.

Writing about it is not much easier as there’s a tidal wave of barely believable numbers, feelings and emotions from my time behind the wheel that I don’t know where to start.

When Volkswagen created the Bugatti Veyron, it aimed to re-set the bar for the ultimate supercar and 13 years later it’s still the benchmark. So when company boss Wolfgang Durheimer said he wanted a successor that was “better in every respect”, you knew something special was on the horizon.

Engineers say the Chiron’s performance is better than the Veyron by 25 per cent everywhere from power to drag co-efficient. Certainly its power boost can be felt, with four turbos that are 69 per cent larger than those used in the 1,200bhp Veyron.

To ease the power, Bugatti offset the turbos by having two blowing all the time, then at 3,800rpm a valve opens the other two to bring all four on song and deliver a linear 1,600Nm wall of torque from 2,000pm to 6,000rpm.

I could still guide the vehicle with pinpoint accuracy as the 500kmh-calibrated speedo hovered around the 330kmh mark, but despite its incredible acceleration and composed poise, it was its braking performance that was perhaps even more impressive. 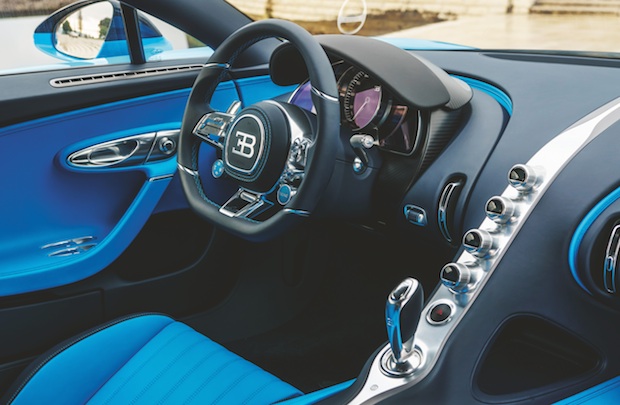 Helped by enormous 420mm carbon ceramic discs and a giant rear airbrake, no matter how late I left my braking, even at those speeds, it still wiped off speed faster than I had planned every time. Just as I was cheekily informed before the drive by one of the engineers, the Chiron will always win the mental game of chicken with its driver.

As for the numbers, how does zero to 200kmh in 6.5 seconds sound? Or an oil flow rate of 120 litres per minute? That’s two litres per second. At full noise its air flow rate is 4,400kg per hour, which means at the governed top speed of 420kmh the car is sucking 1,000 litres of air into its 10 radiators and intercoolers every second. And to keep it cool at such a rate, its water pump can fill an average sized bathtub every 11 seconds at 800 litres per minute.

Of course the Chiron uses a lot of fuel at those speeds, so its 100-litre tank is drained in less than eight minutes.

However, it is not a stripped out racer like the LaFerrari. The car has an interior boasting Bentley levels of comfort, consuming 18 cow hides, an outstanding Accuton sound system that uses a one-carat diamond membrane in each of its four tweeters, and 66 litres of luggage space in the nose – good enough for one large suitcase.

The electric seats are supportive in a firm way, not good for an all-day stint but okay for a few hours. The feeling of width is accentuated inside by a slim centre console milled from a solid billet of aluminium, as is the steering wheel housing the comfort and convenience gauges, while a swoopy LED divider gives the feeling of the driver sitting in his own cockpit.

Despite the Veyron being a flag-waver for Bugatti to show what was possible at the extreme end of performance engineering, the company lost money on every one it made. It took 13 years to sell 450 units. In contrast, the Chiron has to be profitable while remaining the pinnacle of automotive engineering.

Half of the run of 500 cars have already been sold before deliveries begin this month, and with a base price of Dhs9.6m ($2.6m), it seems they’re off to a flying start in every sense.