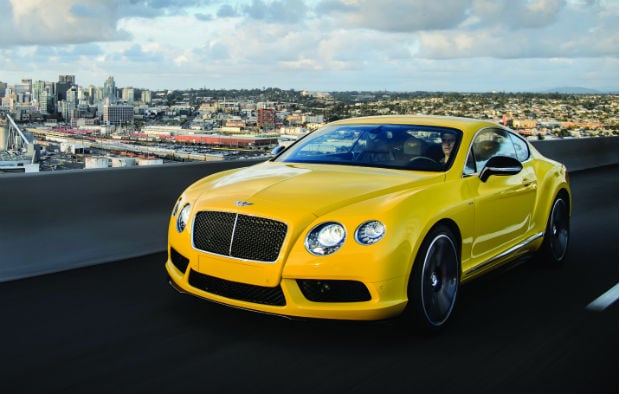 Its fair to say that Bentley’s acquisition by Volkswagen in 1998 was the best thing to happen to the company in its 95-year history as it has never looked healthier. With VW’s investment, that achievement is largely down to the hugely successful Continental GT Coupé.

The Conti GT first hit showrooms in 2003 and following that came the Flying Spur saloon which has sold well since
its re-launch last year while a myriad of coupé off-shoots including convertibles and sporting variants like the just launched GT V8 S have ensured that it remains the most successful model on the company’s books.

This region was a significant contributor to the company’s overall bottom line with a 19 per cent global increase, equating to 10,120 cars being delivered, representing the highest figure in Bentley’s history.

In response to demand and eco- pressure, Bentley introduced a more frugal version of the Continental GT two years ago with a smaller, 4-litre V8 unit from sister company Audi, slotted under the hood to complement flagship 6-litre, twin- turbo 12-cylinder model.

Aside from the smaller motor, its V8 burble was a bonus over the W12 which gave it a sporting edge and the company has now run with the theme a little further by offering the sports version you see here represented by the S badge.

Although the new GT V8 S is expected to come with a price to rival the regular W12, it packs a tonne of driving pleasure the bigger-engined car can’t match.

There is also the convertible version which is 200kg heavier but still gets to 100kmh in 4.7 seconds and tops out at 308kmh.

Power drives through a ZF eight-speed automatic transmission with paddle shifts, while stiffer springs (45 per cent stiffer at the front and 33 per cent firmer over the tail) combined with a tad less rear camber gives the steering a more accurate feel.

Another benefit from this when looking at the lithe Conti is that it now sits a fraction lower and when you take into account its new lower-body styling kit that includes a sharp front splitter, discrete side sills and a subtle rear diffuser, while giant red brake calipers peer through custom 20-inch alloys, it suddenly looks a touch sinister. Throw in the black gloss grille with its single chrome divider bar and figure-of-eight tail pipes and the V8 S starts to grow horns the longer you look at it.

From inside, it’s the definitive Bentley with lashings of chrome, knurled alloy, lovely leather and timbergrain veneers.

This time the knurled chrome extends to the gear lever and vent controls while high gloss piano black that’s been lacquered up to 18 times is the order
for the timber veneers and is capped by discreet ‘V8 S’ badges on the sill tread plates.

Carried over from the regular Continental GT is an infotainment unit that comprises an eight-inch touchscreen display showing the car’s navigation, audio and telephone systems as well as its ride and comfort settings for the air suspension which is complemented by a 30GB on-board hard drive.